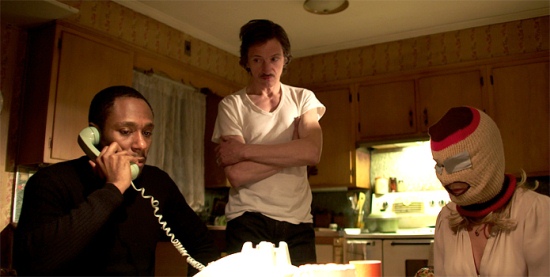 “Life of Crime is a whip-smart story of a ransom, double-crosses and a marriage going south,” said Cameron Bailey, Artistic Director of the Toronto International Film Festival. “It also introduces us to the film’s protagonists Ordell and Louis as young men. These are the same hoods that Samuel L. Jackson and Robert De Niro played in Quentin Tarantino’s Jackie Brown, which was an adaptation of Leonard’s novel Rum Punch.”

Life of Crime trails Louis and Ordell (Hawkes and bey) — two common criminals in 1970s Detroit — who kidnap the wife (Aniston) of a corrupt real estate developer (Robbins) and hold her for ransom.

The 38th Toronto International Film Festival runs from September 5 to 15, 2013.