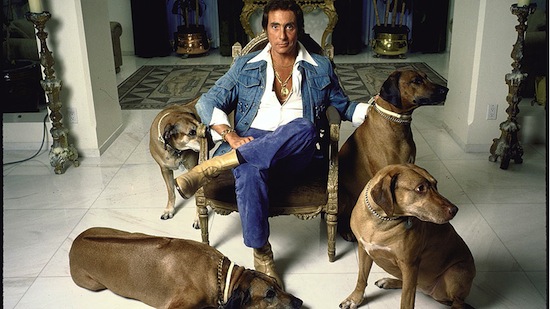 The Toronto International Film Festival announced its 2013 lineup of documentaries, which included a mix of world premieres from first-time and veteran filmmakers, along with a strong Canadian lineup. World premieres include Chris Jordan’s directorial debut MIDWAY, described as a visually stunning work on albatrosses; Allison Berg and Frank Keraudren’s THE DOG, the story of the real life bank robber who inspired Dog Day Afternoon; illusionists Penn & Teller on an inventor’s far-fetched ambition with their debut TIM’S VERMEER (produced by Penn Jillette, directed by Teller); John Maloof and Charlie Siskel’s FINDING VIVIAN MAIER, on the hidden legacy of a street photographer; and BEYOND THE EDGE, Leanne Pooley’s 3D, suspenseful retracing of the first climb to the world’s highest peak.

The 38th Toronto International Film Festival runs from September 5 to 15, 2013.

A STORY OF CHILDREN AND FILM Mark Cousins, United Kingdom North American Premiere
A Story of Children and Film is the world’s first movie about kids in global cinema. A passionate, poetic portrait of the adventures of childhood — its surrealism, loneliness, fun, destructiveness and vitality — as seen through 53 great films from 25 countries, director Mark Cousins’ landmark film is an eye opener and a celebration of both childhood and the movies.

AIN’T MISBEHAVIN‘ Marcel Ophüls, France North American Premiere
The director of The Sorrow and the Pity shares his memories with us, stories both incredibly rich and fascinating, making Ain’t Misbehavin’ a cheerful and bittersweet trip through cinema history. Son of the great director Max Ophüls, Marcel can be a generous man and an admirer. Marcel talks with and about personalities like Jeanne Moreau, Bertolt Brecht, Ernst Lubitsch, Otto Preminger, Woody Allen, Stanley Kubrick and, of course, his friend François Truffaut.

AT BERKELEY Frederick Wiseman, USA North American Premiere
At Berkeley is a documentary film about the University of California at Berkeley. The film explores the major aspects of university life of America’s premier public university with particular emphasis on the administrative efforts to maintain the academic excellence, public role, and the economic, racial and social diversity of the student body in the face of severe budgetary cuts imposed by the California legislature.

BEYOND THE EDGE Leanne Pooley, New Zealand World Premiere
It was an event that stunned the world and defined an era. Sir Edmund Hillary’s incredible achievement remains one of the greatest adventure stories of all time: the epic journey of a man from modest beginnings who overcame adversity to reach the highest point on Earth. Screening in 3D.

BURT’S BUZZ Jody Shapiro, Canada World Premiere
Burt’s Buzz is an in-depth and personal look at the life of Burt Shavitz, known to millions around the world as the ‘Burt’ of the Burt’s Bees natural product brand. The documentary explores what it means to be marketed as an icon, and how that life differs from the one of the man behind the logo.

THE DARK MATTER OF LOVE Sarah McCarthy, UK North American Premiere
The Dark Matter of Love follows three Russian children learning to love their adoptive American family through a scientific program.
From the director of The Sound Of Mumbai: A Musical.

THE DOG Allison Berg and Frank Keraudren, USA World Premiere
In 1972, John Wojtowicz attempted to rob a Brooklyn bank to pay for his lover’s sex-change operation. The story was the basis for the film Dog Day Afternoon. The Dog captures John, who shares his story for the first time in his own unique, offensive, hilarious and heartbreaking way.

FAITH CONNECTIONS Pan Nalin, France/India World Premiere
Filmmaker Pan Nalin travels to Kumbh Mela, one of the world’s most extraordinary religious events. There, he encounters remarkable men of mind and meditation, some facing an inextricable dilemma; to embrace the world or to renounce it. Faith Connections explores such diverse and deeply moving stories as a young runaway kid, a Sadhu, a mother desperately looking for her lost son, a yogi who is raising an abandoned baby, and an ascetic who keeps his calm by smoking cannabis — all connected by one faith against the spectacular display of devotion.

FILTHY GORGEOUS: THE BOB GUCCIONE STORY Barry Avrich, Canada World Premiere
Through his lens, Bob Guccione witnessed, influenced and played a starring role in easily one of the most controversial and socially and sexually revolutionary eras in modern history. Reclusive, yet outspoken, Guccione used his art, his fortune and his outspoken views on sexuality and politics to create scandal, change and debate. Unlike his publishing rivals, Hefner and Flynt, there is more to Guccione than meets the eye.

FINDING VIVIAN MAIER John Maloof and Charlie Siskel, USA World Premiere
A mysterious nanny, who secretly took over 100,000 photographs that were hidden in storage lockers and discovered decades later, is now considered among the 20th century’s greatest photographers. Maier’s strange and riveting life and art are revealed through never before seen photographs, films, and interviews with dozens who thought they knew her.

HI-HO MISTAHEY! Alanis Obomsawin, Canada World Premiere
Alanis Obomsawin tells the story of Shannen’s Dream, a national campaign to provide equitable access to education for First Nations children, in safe and suitable schools. She brings together the voices of those who have successfully brought the Dream all the way to the United Nations in Geneva.

IGNASI M. Ventura Pons, Spain World Premiere
Ignasi M., a world renowned museologist, is living a dramatic moment, but has the capacity to turn any situation into an edifying one and any discomfort into a hilarious series of facts.

THE LAST OF THE UNJUST Claude Lanzmann, France/Austria North American Premiere
Through an interview with Benjamin Murmelstein, from Nisko in Poland to Theresienstadt, and from Vienna to Rome, Claude Lanzmann provides an unprecedented insight into the genesis of the Final Solution. It reveals the true face of Eichmann, and exposes without artifice the savage contradictions of the Jewish Councils.

THE MAYOR Emiliano Altuna Fistolera, Mexico Canadian Premiere
Mauricio Fernandez is the polemical mayor of San Pedro Garza García, the wealthiest and safest municipality in Latin America. He presents himself as an active ruler who is capable of cleaning his municipality of drug cartels without questioning the methods he uses to achieve this. The Mayor describes the wild times of a country that is marked by violence and the complete discredit of the ruling class.

MIDWAY Chris Jordan, USA World Premiere
In the middle of the Pacific Ocean lies a tiny unincorporated territory belonging to the United States called Midway — the site of one of greatest naval battles of all time. Before the navy set up station, this island served for centuries as a breeding ground for hundreds of species of seabird — most notably the Albatross. Midway lies at the center of the Great Pacific Garbage Patch, where the seabirds’ feeding grounds are teeming with plastic waste. Unknowingly, the Albatross feed their chicks our refuse and so the very waters that once sustained them, now threaten their lives. Through stunning imagery and narration, the voice of the island tells their epic tale of survival. Both elegy and warning, the film explores the interconnectedness of species, with the Albatross on Midway as mirror of our humanity. This is their story and ours, an inspiring tale of how life and love endure despite incredible odds.

MISSION CONGO David Turner and Lara Zizic, USA World Premiere
Death, diamonds and greed — a story of a US businessman’s pursuit of an irresistible opportunity during one of the worst humanitarian crises of modern times.

THE SQUARE (AL MIDAN) Jehane Noujaim, Egypt/USA World Premiere
The story of revolution – behind the headlines. From the 2011 overthrow of a 30-year dictator, through military rule, and culminating with the overthrow of the Muslim Brotherhood president in the summer of 2013 — follow a group of Egyptian revolutionaries as they battle leaders and regimes, risking their lives to build a society of conscience.

TIM’S VERMEER Teller, USA World Premiere
Tim Jenison, a Texas-based inventor, attempts to solve one of the greatest mysteries in all art: How did 17th century Dutch Master Johannes Vermeer (Girl with a Pearl Earring) manages to paint so photo-realistically 150 years before the invention of photography? The epic research project Jenison embarks on to test his theory is as extraordinary as what he discovers.

THE UNKNOWN KNOWN Errol Morris, USA North American Premiere
Errol Morris offers a mesmerizing portrait of Donald Rumsfeld, one of the key architects of the Iraq War. Although Rumsfeld has held lofty positions of American political power for half a century, most people know little about him. When Rumsfeld wrote, as part of his most famous meditation, that an “unknown known” refers to “things you think you know that it turns out you do not,” he could have been speaking about himself. The Unknown Known is not intended as yet another postmortem on the Iraq War, but rather an illumination of a mystery.

UNSTABLE ELEMENTS Madeleine Sackler, USA World Premiere
Comprised of smuggled footage and uncensored interviews, Unstable Elements introduces viewers to artists struggling under Europe’s last dictatorship. When the KGB targets dissenters, the members of the Free Theater find themselves torn between their art and safety. This compelling documentary showcases the power of art to change the world.

WHEN JEWS WERE FUNNY Alan Zweig, Canada World Premiere
When Jews Were Funny is director Alan Zweig’s personal exploration into the roots and the manifestations of his Jewish identity, and particularly the question of how this Jewishness of his has persisted, though he’s done nothing to maintain it. He begins his exploration by trying to answer a question that’s intrigued him since childhood. Why were all the comedians he watched on TV in the fifties and sixties, Jewish? At first he doesn’t get the answers he was hoping for, but he trusts in the old saying, “two Jews, three opinions” and eventually some answers start to form.