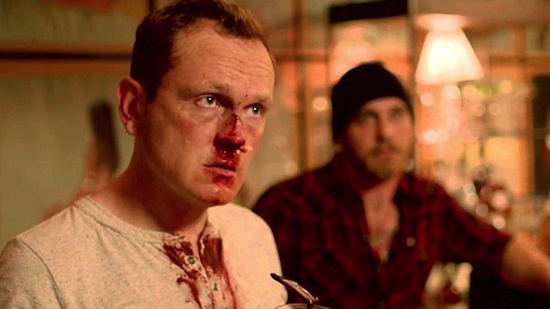 The Fantasia International Film Festival wrapped up this year’s festival and confirmed record attendance numbers after screening over 131 features from 31 countries and more than 220 shorts over three weeks. Fantasia also announced this year’s prize-winners with SXSW’s Audience Award winner CHEAP THRILLS directed by E.L. Katz winning the New Flesh Award for Best First Feature. BIG BAD WOLVES by Aharon Keshales and Navot Papushado won the award for Cheval Noir Award for Best Film; and Hou Chi-Jan won the award for Best Director for WHEN A WOLF FALLS IN LOVE WITH A SHEEP.

Winner of this year’s SXSW’s Audience Award, the Fantasia jury calls CHEAP THRILLS, “Darkly humourous, smart and bloody in ways that will make many viewers squirm with glee. This abundantly confident first feature provides a thoroughly entertaining snapshot of modern blue collar desperation in a world addicted to easy money and childish amusement.”

Statement: With elements of horror, crime thriller, revenge drama, and wicked black comedy, BIG BAD WOLVES takes genre-bending to bold new levels. This sense of originality, along with its subversive political subtext, assured visual style, and impeccable ensemble cast, is what separates the film from the rest of the pack.

Best Director: Hou Chi-Jan for WHEN A WOLF FALLS IN LOVE WITH A SHEEP

Best Actor: Cho Jae-hyun for THE WEIGHT by Jeon Kyu-hwan

Special Mention: ACROSS THE RIVER by Lorenzo Bianchini & LES GOUFFRES by Antoine Barraud

Satoshi Kon Award for Achievement in Animation (Tied): BERSERK: THE GOLDEN AGE ARC III – THE ADVENT & THE GARDEN OF WORDS

Fantasia’s Animation Jury is pleased to award the Satoshi Kon Award for Achievement in Animation to two equally exceptional films. Each of these astounding films represent, in their unique way, the various ends of the spectrum in animation story telling, one as an epic giant battle to save a world, one as an intimate poetic study of relationship.

Statement: BERSERK: THE GOLDEN AGE ARC III – THE ADVENT, directed by Toshiyuki Kubooka: this film is “fantastic” in every sense of the word, from start to finish. An intense visual attack of the senses, “The Advent” goes deep into the dark side, to look horror, pain and death in the face, without shying away.

Statement: THE GARDEN OF WORDS (KOTONOHA NO NIWA) directed by Makoto Shinkai: this delicate film of poetic observations of life is extremely beautiful and every single scene is a masterpiece of composition. The colours, the exceptional backgrounds, and the intimate, well-observed relationships will win everyone over.

The animation jury is pleased to award the Best Animated Short to KICK-HEART by Masaaki Yuasa. KICK-HEART stood out for its overall originality, unique sense of timing, and its engrossing and vibrant style of motion and visuals.

Statement: We award this Best First Film for its adept and consistent visual style, clever storytelling and overall sophistication.

Statement: We recognize this film for its outstanding script and skilled realization of very difficult subject matter.

Silver LESSON OF THE EVIL by Takashi Miike

Bronze HOW TO USE GUYS WITH SECRET TIPS by Lee Wonsuk

THE GARDEN OF WORDS by Makoto Shinkai

Guru Prize For Most Energetic Film:

REWIND THIS! by Josh Johnson