Controversial Polish drama, AFTERMATH, Gets a US Release Date | TRAILER 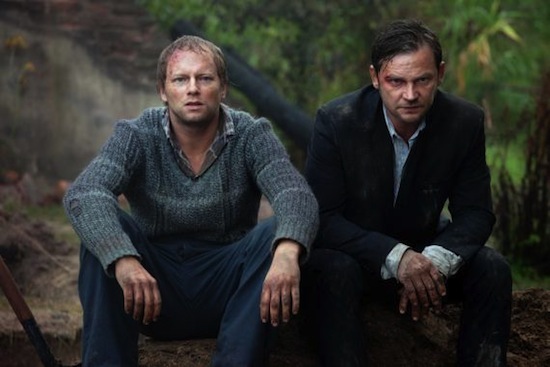 AFTERMATH, winner of the Yad Vashem Award at the 2013 Jerusalem Film Festival and the Critics’ Prize at the 2012 Gdynia Film Festival in Poland, will open at Lincoln Plaza in New York on November 1st, and at The Royal and other Laemmle Theaters in Los Angeles on November 8. A national release will follow.

AFTERMATH, written and directed by Władysław Pasikowski, tells the story of two brothers, Jozek (Maciej Stuhr) and Franek (Ireneusz Czop) who discover a secret and are forced to revise their perception of their father, their entire family, their neighbors, and the history of their nation. Franek, the older brother, returns home to Poland after many years living in Chicago and discovers that his younger brother is being mysteriously threatened and shunned by local townspeople. What follows is a gothic tale of intrigue as the brothers are drawn into investigating the village’s dark secrets.

Upon the release of this film in its native Poland, AFTERMATH received intense criticism from Polish nationals, who accused the film of being “anti-Polish propaganda” and a gross manipulation of historical truth. AFTERMATH has so riled the Polish right wing that it has been banned from some local cinemas, while its leading actor, Maciej Stuhr, has received death threats.