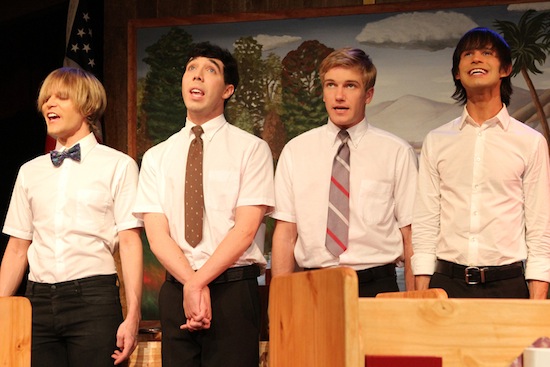 Cinema Diverse: The Palm Springs Gay and Lesbian Film Festival, which opens on Thursday, September 19th and runs through Sunday, September 22nd, announced the complete 2013 Schedule for its Sixth Anniversary Edition. “We are screening a total of twenty four feature films and more than 30 shorts this year,” Michael C. Green, Managing Director of The Palm Springs Cultural Center, said. “This has been a banner year for LGBT filmmaking, which made the selection process even more difficult, but in the end, I think we’ve put together a schedule that may be our best ever.”

Cinema Diverse continues its Sixth Anniversary celebration on Friday, September 20th. The day begins with two powerhouse films: Writer/Director, Jane Clark’s Award-winning  drama, METH HEAD, at 11am, and the WORLD PREMIERE of CELLULOID, at 11:30am.  “CELLULOID is a dark psychological thriller from Great Britain, that tackles a families’ struggles with coming out, sexuality, sexual abuse and mental health. It’s a powerful, and very different sort of film.” Green said.

Cinema Diverse screenings continue at Camelot Theatres through Sunday evening. “Our closing films are also blockbusters, “ said Shann Carr, Associate Festival Director. “We close with I AM DIVINE, the brand-new documentary about Divine at 7pm, and at 7:30 we’re screening THE LAST MATCH (LA PARTIDA), the story of Reinier and Yosvani, two young Cubans trying to survive in Havana, by Spanish director and co-writer Antonio Hens (who directed 2007’s powerful Clandestinos).”

“And in between,” Green added, “we have some great dramas, comedies, documentaries, shorts, and love stories. We’ve packed a tremendous amount of value into this year’s festival, and we’ve put together two great ticket packages people can choose from – the All Access Pass, which grants access to all screenings and each evening’s after party, is $149.00. That’s a tremendous value for the film buff who ‘doesn’t want to miss a thing’ during the weekend. And for those who may have limited time, but want to see multiple films, we have The 6 Pack Deal at only $69.00.”