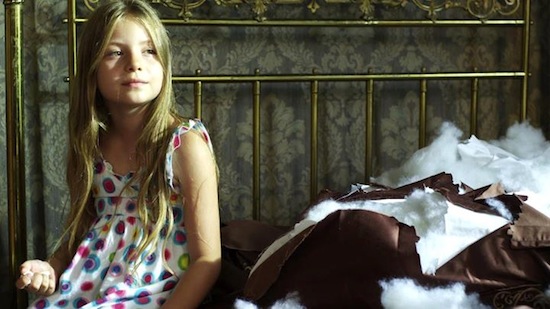 The Buffalo International Film Festival announced the schedule of events for the upcoming 7th annual film festival scheduled to take place October 3rd to 6th, 2013. The festival lineup includes the North American Premiere of “WHEN DERIN FALLS,” as well as numerous Western New York Premieres of Documentaries, Feature Films and short subjects. Local highlights include screenings of two feature films one, “BRANDONWOOD,” a World Premiere, and other shorts and documentaries filmed in Buffalo, N.Y. There is a four-film tribute to the Mexican star María Félix, and special guest appearances from eight of the filmmakers whose work is featured in this year’s festival, including Charlene Amoia, a recurring character on “How I Met Your Mother.”

September 20, 2013 is a special tribute to Buffalo Curtain Up!
The Buffalo Film Festival proper runs from October 3-6, 2013

Fri, Sept. 20, 8 p.m-10:30 p.m. – Stephen Sondheim’s “Company” – Celebrating Buffalo Curtain Up! is a HD video of the New York Philharmonic production of Stephen Sondheim’s “Company” starring Stephen Colbert.  Directed by Lonny Price and written by George Furth, the story follows five couples and their friend Robert (Neil Patrick Harris), the perpetual bachelor, as they explore the true meaning of being in a relationship through a series of vignettes. Winner of the 1971 Tony Award for Best Musical, Harris leads an all-star cast which includes Patti LuPone, Martha Plimpton, and, of course, Stephen Colbert. The screening is preceded by a catered dinner supplied by My Tomato Pie

Thurs., Oct 3, 6:30 p.m.-8:30 p.m. – Free screening of “La Bandida (The Bandit)”- A tribute to María Félix, the leading lady of the Golden Age of Mexican cinema.  Directed by Roberto Rodriguez, “La Bandida” is a melodrama representing the last vestiges of Mexico’s Golden Age of Cinema. The free screening is hosted by Casa de Arte, located at 141 Elmwood Ave., Buffalo N.Y. 14201. In Color. In Spanish with English Subtitles

Fri, Oct. 4, 6 p.m.-8:30 p.m. –“La Cucaracha (The Cockroach)” – The second film in the festival’s tribute to María Félix.  A 1959 drama about the Mexican revolution is directed, produced and written by Ismael Rodriguez.  An opening reception begins at 6 p.m. with the free screening to follow at 7 p.m. at Casa de Arte. In Spanish with English subtitles.

Fri Oct 4, 7 p.m.-9 p.m. – “Persistence of Vision” – The Western New York premiere  Directed by Kevin Schreck. A gripping documentary about the visionary animator Richard Williams (‘Who Framed Roger Rabbit’) and the untold story of the greatest animated film never made: The Thief and the Cobbler (which will be shown, restored, on Saturday, October 5 at 4PM).

Fri Oct 4, 9 pm-10:45 pm – “Brandonwood” – World Premiere of a romantic thriller filmed in Buffalo, N.Y. following four years in the lives of a young couple, from the reckless highs of new love to the lows of circumstances they cannot change. The film is produced, written, directed, a by John Fink with Tilke Wood serving as co-producer. The director will be present for a question and answer session after the screening, followed by a Cast & Crew Party. Accompanied by a witty Made in Buffalo Short, “Captive,” directed by Chris Walczyk and Jerry Theresanathan.

Sat., Oct 5, 10 a.m.-12 p.m. – “Comfort Zone – A WNY Climate Change Documentary” –  Western New York Premiere — “Comfort Zone” brings the global issue of climate change to a local and personal level in Upstate New York asking what does climate change mean in a place where it’s not an obvious threat, where people might like it to be a little warmer? The documentary is produced by Kate Kressmann-Kehoe, Sean Donnelly, and Dave Danesh.   The UK animated short, “Jamón” and a short film (by Buffalo Film Makers), “Broken Wings” which follows reporter Cliff Collins as he meets and interviews his childhood hero, The Sparrow, accompany this screening.

Sat., Oct. 5, 12 p.m.-2 p.m. – “The Long Bike Back” – Western New York Premiere Directed by Buffalo native Julia Wrona, this documentary follows Pearson Constantino on his quest to bike across America advocating for improved bicycle infrastructure, legislation and road sharing.  His journey is all the more inspiring because it is attempted after a devastating accident which, despite wearing a helmet, left Pearson with serious and permanent injuries. Wrona will be present after the screening for a question and answer session. The short film “She” will precede the feature introduced in-person by Buffalo actress Charlene Amoia who appears on “How I Met Your Mother.”

Sat., Oct. 5, 4 p.m.-6 p.m. – “The Thief and the Cobbler – Recobbled” – New York State Premiere. The original 1993 film was directed by three-time Academy Award nominated Richard Williams and written by Williams and Margaret French with such familiar actors such as Vincent Price, Sean Connery, and Hilary Pritchard lending their voices to the cast of characters. Garrett Gilchrist, an independent film-maker with a passion for animation, has spent many years attempting to rebuild the original director’s cut of one of animation’s greatest might-have-been epic films. Mr. Gilchrist will be present in-person for a Q&A with the audience. The short film “She” will precede the feature introduced in-person by Buffalo actress Charlene Amoia who appears on “How I Met Your Mother.”

Sat., Oct. 5-6:30 p.m.-8:30 p.m. – “El Rapto”– Another free screening paying tribute to María Félix hosted by the festival’s friends at Casa de Arte, The 1964 dramatic film directed by Emilio “El Indio” Fernández  stars Félix as the tenacious beauty Aurora who seduces the municipal authorities so that she can purchase the estate of missing local named Ricardo played by Jorge Negrete.  Her elaborate ruse is complicated when Ricardo eventually returns home. In Spanish with English Subtitles.

Sat., Oct. 5, 9 p.m.-11 p.m. – “Buffalo Boys” – Western New York Premiere Filmed in Western New York and inspired by a true story, this feature film tells the story of Ian, a 15-year-old entangled in family secrets, drugs, love, friendship and a plot to murder a 67 year-old woman. Co-written by Raymond Guarnieri and Elana Lott and directed by Guarnieri who will also be on hand for a question and answer session after the screening. Followed by Cast and Crew Party. The screening is nearly sold out.

Sun., Oct. 6, 12:30 p.m.-2:30 p.m. – “When Derin Falls” – Written and directed Çagatay Tosun, audiences will play witness to the unchild-like world of 7-year-old Derin after the loss of her mother. This is the North American Premiere of this fine Turkish drama. In Turkish with English Subtitles.  This screening is accompanied by the short film, “Riddle of the Black Cat,” an animated short based on the tales of Edgar Alan Poe.

Directed by Diedie Weng, “Ming Day and Night” details chef, artist, and Buffalo-resident Sam Lam and how his career and passion for art has impacted his life. Filmmaker and star will be present for Q&A.

“East Side: A Community of Hope,” produced by Erik Taheri and Rich Lunghino, examines faith-based initiatives being undertaken to revitalize the once-thriving neighborhood of Buffalo. Filmakers will be present for Q&A

“Where the Crow Will Be Forever,” is produced by Keith R. Burich, Ph.D., Ashley Fike, and Lauren Mosier and explores the history of the Crow tribe, life on the reservation and why the Crow have chosen to stay.

Sun., Oct. 6, 6:30 p.m.-8:30 p.m. – “Long Live TOY: Defending Children’s Theater in the Nickel City” – Closing Night Film & Awards Announcements –  Western New York Premiere —  A documentary film profiling the Theatre of Youth children’s theater company located in Buffalo, N.Y. during their 40thseason.  The devoted artistic members attempt to stay focused on producing innovative and artistically exciting children theater against the backdrop of unforeseen local county funding cuts.  Buffalo-born director Mary Beth Murray and her husband Austin Mcloughlin will be present for a question and answer session after the film screening.  The short film, “She,” about a how a dog changes a woman’s life, stars Buffalo-born actress Charlene Amoia will accompany the screening which is about how a rescue dog changed a woman’s life.  Well-known actress Amoia will also be live, in-person, to speak with the audience after the screening.  This screening will be held at the Allendale Theater, located at 203 Allen St., Buffalo, N.Y. 14201. Special reception catered by Quaker Bonnet Eatery.

Sun., Oct. 6, 6:30 p.m.-8:30 p.m. – “Doña Barbara” – The final free screening paying tribute to María Félix hosted by Casa de Arte, located at 141 Elmwood Ave., Buffalo, N.Y. 14201.  The 1943 Mexican drama stars Félix as a young woman who is raped and her would-be lover killed by a group of brutal seamen.  She settles on the arid plains as a cattle trader, ruthlessly building an empire out of violence and cold-hearted determination.  However, when a wealthy lawyer, played by Julián Soler, arrives to sell his family’s ranch, her hatred towards men and him wane, but she must compete for his attraction with her own daughter. In Spanish with English Subtitles