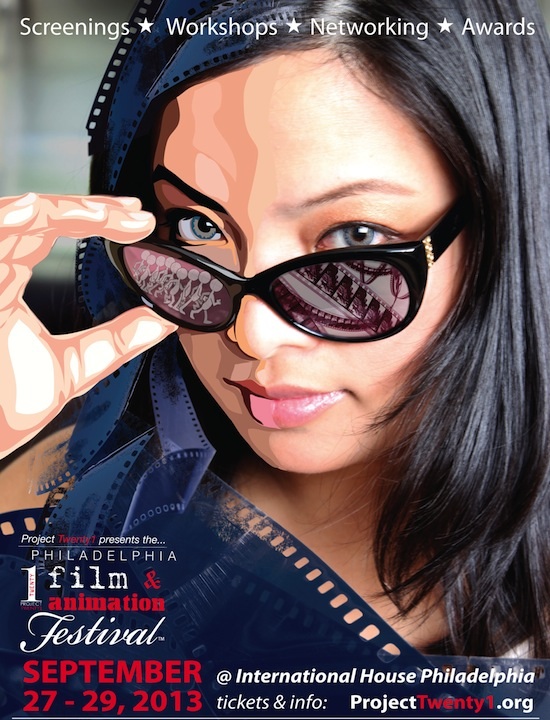 The 8th annual Philadelphia Film & Animation Festival (PFAF) will be held from September 27th-29th, 2013, at the International House Philadelphia’s Ibrahim Theater at 3701 Chestnut St., Philadelphia and various venues throughout  University City. This year’s festival is expected to screen nearly 100 short & feature length films, including several World and U.S. Premieres. Last year, PFAF welcomed to Philadelphia over 2,000 filmmakers and attendees from as far as Denmark and Colombia.

Beyond the screenings, this year’s PFAF continues to host educational workshops on everything from screenwriting to film funding, and from finding representation to working with the Screen Actors Guild (SAG). Other events include nightly parties, including Friday Fright Night, a pre-Halloween celebration of costumes and effects makeup, along with the red-carpet Awards Show on Sunday, September 29th. PFAF also acts as the World Premiere for the 24 entries to this year’s 21-Day Filmmaking Competition, which this year features filmmaking Teams from around the country and as far as Hong Kong.