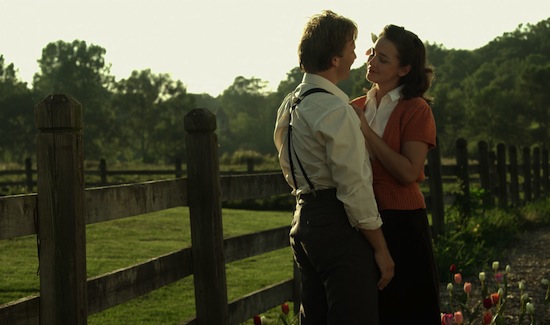 RETURN TO A HIDING PLACE

“THE BOARDER” won Best Audience Feature Film Award. The film’s lead actor Andy Scott Harris won Best Jury Feature Film Lead Actor. Written by Jane Ryan, and directed by Jolene Adams, the film is a story about a family that adopts a child who has Reactive Attachment Disorder. Based on a true story and life experiences of the film’s writer Jane Ryan. The Boarder is an honest portrayal of the real life experiences of families with children who have experienced trauma at an early age in their life. Cast includes Leslie Stevens, Carlton Wilborn, Andy Scott Harris, and Dee Wallace.

“UNCLAIMED,” directed by Emmy Award Winner Michael Jorgensen, received Best Jury Documentary Award. Embarking on a routine missionary trip, veteran and missionary, Tom a former Vietnam Veteran, discovers a man, John Robertson, claiming to be an MIA (missing in action) vet surviving in the jungle for decades. 40 years after the war that radically altered his life as a young man, Tom returns to Vietnam to reunite Robertson with his family in the United States.

“ANTARCTICA: A YEAR ON ICE” received Best Jury Documentary Film. Written and directed by Anthony Powell, this feature-length documentary film reveals what it is like to live and work at the bottom of the planet, in Antarctica, for a full year. The story is not from the point of view of scientists, but of the people who spend the most time there; the everyday workers who keep the stations running in the harshest place on the planet. The film explores unparalleled access, and never before seen stunning footage of the deep Antarctic winters.

“THE GUN, THE CAKE, AND THE BUTTERFLY” won both Best Jury Documentary Film Editing Award and Best Audience Documentary Award. Written and Directed by Amanda Eliasch. An experimental and stylish docudrama portrait of London socialite/fashion editor/poet/writer/artist, Amanda Eliasch. Using a variety of actresses as Eliasch’s alter egos, this seductive glimpse into her life spans childhood in the English countryside to her adult years looking for fulfillment in all corners of the globe. A woman full of character and complexity, Eliasch inhabits a modern world of luxury and heartache.

“SUCCESS DRIVEN” won Best Audience Short Film Award. Executive Produced by Lloyd Klein and written and directed by Scott J. Harris. “Success is a journey, not a destination.” The closing line of the Bel-Air Film Festival Best Audience Short Film Winner, Success Driven, pretty much sums up not only the protagonist of film’s journey, but also the film itself. The original concept, a brainchild of fashion mogul Lloyd Klein and new recording artist Mohammad, was developed into screenplay form by Scott J. Foster. A team was soon assembled, placing Yancey Arias of NYC Films at the helm as director, with Klein, Arias and Foster producing. The film, starring Mohammad Molaei, nom d’arte Mohammad, is a breathtaking semi-autobiographical saga of a Middle Eastern singer who lands in America to become the most sought after musical talent in the world. The cast is rounded out quite elegantly, with Hollywood stars Steven Bauer (Scarface, Traffic) and Serena Scott Thomas (The World Is Not Enough). “The entire cast and crew are delighted that Success Driven garnered such a prestigious award in the company of so many wonderful films this year at the BAFF,” says Executive Producer Lloyd Klein.

“DELAROSA” won Best Audience Student Short Film Award. Written and directed by student filmmaker Blake Simon, the film follows the story of a man, Don, who comes home one day to find a note from his wife saying that she has left him. The note contains his wife’s destination, and the film follows Don as he embarks out to recover his wife, meeting many people along the way who attempt to discourage Don’s journey. Don however, will stop at nothing to get back what he wants.