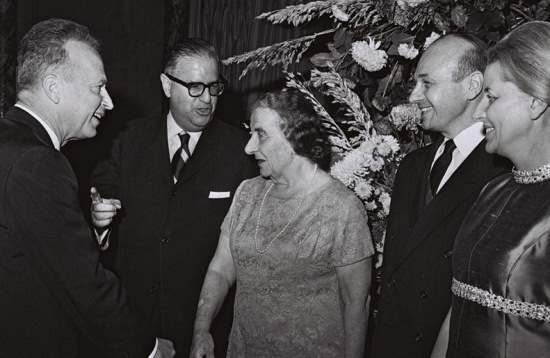 THE PRIME MINISTERS documentary directed by Richard Trank is based on the eponymous best-selling book, The Prime Minister, written by Ambassador Yehuda Avner.  Yehuda Avner, who served as a chief aide, English language note-taker and speechwriter to former prime ministers Levi Eshkol, Golda Meir, Yitzhak Rabin, Menachem Begin, and Shimon Peres, takes the audience into this powerful office, with never before seen and heard details on major historical events such as the Six-Day War, the development of Israel’s close strategic relationship with the United States, the fight against terrorism, the Yom Kippur War and its aftermath.

The twist here is an interesting one, with narration by Hollywood superstars Sandra Bullock, Michael Douglas, Christoph Waltz, and Leonard Nimoy – they assume the personas of the political leaders. They morph into these political leaders and become voices from the past.

Yehuda Avner’s journey into the political arena which began by happenstance introduced him to a new world, and a ring side seat to major events.  Levi Eshkol, the third prime minister of Israel, was faced with the difficult task of staving off war and Avner accompanied him to America where he met with President Johnson.  During Prime Minister Levi Eshkol’s reign, Yitzhak Rabin assumed office as Ambassador for Israel.  Avner describes him as a person with an ‘analytical mind’. Yitzhak Rabin eventually became the fifth prime minister of Israel. 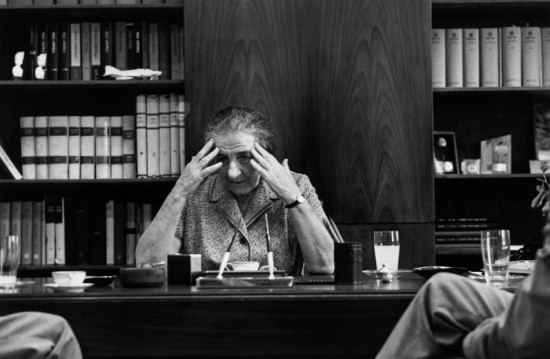 Golda Meir was the fourth prime minister of Israel. In her early life, she came face to face with anti-Semitism and this impacted her choices in life. Golda strived for positive change in the lives of the Jewish community.  She was a force to be reckoned with; very strong leader. Her message was straightforward and candid. Her time as Israeli prime minister was fraught with war and political unrest.

In addition to the use of Hollywood stars as narrators, director Richard Trank also uses a myriad of techniques that serve to hold the audience. He shuttles from black and white to color picture presentation. The background music is forceful but not overpowering. He utilizes stills (photographs) to reinforce the message, to make the story more engaging. The images are riveting and powerful; pictures of war ravaged areas, fighter pilots preparing for takeoff, presidents huddling in deep discussion of impending warfare and possible arms race. 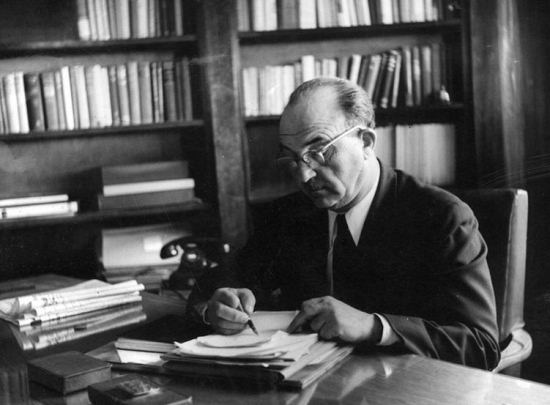 THE PRIME MINISTERS documentary film is definitely an exploration of strong leaders who left an indelible mark not only on Israel but on humanity.

THE PRIME MINISTERS, a documentary film by Richard Trank, produced by Rabbi Marvin Hier open at the Quad Cinema in NYC on Friday, October 18, and at The Royal in Los Angeles and Town Center in Encino on Wednesday, November 6. A national release will follow.