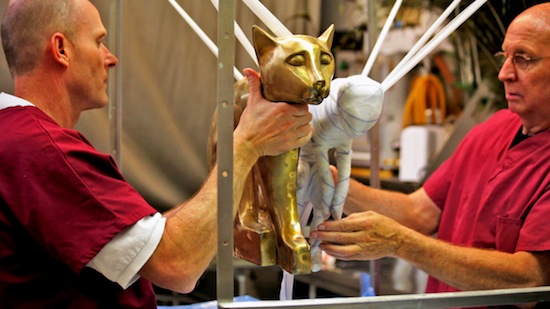 From over 1,000 submitted films, the DC Independent Film Festival announced the finalists films selected to screen in the upcoming festival set for February 19 to 23, 2014. The feature film finalist include 3 MILE LIMIT, BLOOD AND CIRCUMSTANCE, FINDING NEIGHBORS, GREENCARD WARRIORS, LAWRENCE & HOLLOMAN, PAAT, SONS OF THE CITY, THE TOASTMASTER, and THEY WILL OUTLIVE US ALL. The documentary finalists include BROTHERS HYPNOTIC, FUREVER, OFIR, PARTNERS FOR PEACE, THE ROAD TO FAME, and THIS AIN’T NO MOUSE MUSIC!.

Directed by Craig Newland
(New Zealand  /2013 / 105mins / DC Premiere)
Lead Cast: Matt Whelan and Belinda Crawley
It’s 1965 and rock music is shaking up the world but not in New Zealand. Richard Davis is determined to break the Government’s monopoly on broadcasting and bring rock n’ roll to the younger generation, and at the same time hold onto the woman he loves. A pirate radio station is born (based on a true story).

Directed by Tim Gordan
(USA / 2014 / 97mins / World Premiere)
Lead Cast: Nathan Keyes, Cynthia Watros, David Baker
Inmate Joel Stabler is being examined by a psychiatrist charged with determining whether Joel is fit to stand trial.  The result is a psychological puzzle box, filled with questions in a world where there are no easy answers.

Directed by Miriam Kruishoop
(USA / 2013 / 90 mins / East Coast Premiere)
Lead Cast; Angel Amaral and Manny Perez
The story of 14-year-old Angel, an undocumented Latino teen, and his family in Los Angeles struggling  to find their place in American society; set against the backdrop of American military intervention in Iraq and Afghanistan.

Directed by Matthew Kowalchuk
(Canada/ 2013 / 88mins / US Premiere)
Lead Cast: Amy Matysio, Ben Cotton, Daniel Arnold
Lawrence is an ever-optimistic suit salesman for whom everything always goes right —  until he takes the cynical and suicidal credit collector Holloman under his wing, and everything starts to go very wrong. Based on the hilarious play by two-time Governor General’s Award winning writer Morris Panych.

SONS OF THE CITY

Directed by Marcus Richardson
(USA / 2014 / 77mins / World Premiere)
Lead Actor: Howard Brown
After the murder of his best friend, DC native Joe Young’s  bright future is thrown into a war he does not want to fight yet cannot find the courage to leave.

Directed by Eric Boadella
(Spain and USA / 2013 / 81mins / East Coast Premiere)
Lead Cast: David Hovan. Kali Flanagan and Sevag Mahserejian
After a weekend of surreal adventures, Alek and Uncle Kapriel realize that, although they use very different tools—cinematography and actors versus poetry and cognac—their ultimate goal is the same: to immortalize a story.

THEY WILL OUTLIVE US ALL

Directed by Patrick Shearer
(USA / 2013 / 77mins / DC Premiere)
Lead Cast: Jessi Gotta, Nat Kennedy
New York City. 2016. Roommates Margot and Daniel attempt to survive this ‘new’ New York by avoiding it at all costs.  But with the advent of three strange deaths in their Brooklyn building…

Directed by Reuben Atlas
Netherlands & USA / 2013 / 86mins
The eight young men in the Hypnotic Brass Ensemble are all sons of anti-establishment Chicago jazz musician, Phil Cohran. They grew up in the same house, in a family of 24 siblings, on a strict diet of jazz, funk, and Black Consciousness. Now grown, they must decide whether their fathers’ principles really are their own.

Directed by Amy Finkel
USA / 2013 / 80mins
An exploration of the dimensions of grief people experience over the loss of a pet, Furever confronts assumptions regarding attachment, religion, ritual, grief, and death, and studies the bonds that form between humans and animals, both psychological and physiological.

Directed by  Mark McDannald
USA / 2013 / 58mins
When Ofir Drori discovered that no one was fighting to disprove Jane Goodall’s dark prophecy that apes in the wild would soon be extinct, he decided that he was the man for the job.   Fearless guerilla filmmaking to save the gorillas.

Directed by Ed Kucerak
Canada / 2013 / 101mins
Under the leadership of Nobel Peace Laureates Jody Williams and Mairead Maguir, a delegation of American and Canadian women journey to Israel and Palestine to learn about the decades-long conflict and to reach out in solidarity to women activists forging a path toward peace.

THE ROAD TO FAME

Directed by Hao Wu
China / 2013 / 80mins
A rare, intimate look at the coming-of-age of some of China’s most promising yet confused youth as we follow the rehearsal process of the graduating class at China’s top drama academy staging ‘Fame’ the musical, China’s first official collaboration with Broadway.

THIS AIN’T NO MOUSE MUSIC!

Directed by Chris Simon and Maureen Gosling
USA / 2013 / 92mins
The story of Chris Strachwitz, the guiding force behind the legendary Arhoolie Records. Since 1960, Strachwitz has traveled with tape-recorder in hand  to plantations and prisons, roadhouses and whorehouses, churches and bayou juke joints. He returned with recordings that would revolutionize the sound of popular music.

A SYNAPTIC ADVENTURE: TOURETTES AND BEYOND

Directed by Stephen Dijoseph
USA / 2013 / 12mins
A humorous and insightful journey through the mind of a composer/performing artist who grew up, lives and thrives with Tourette’s Syndrome .

Directed by Justin Reifert
USA / 2013 / 12mins
In 2013, Washington D.C. Public Schools closed 15 schools in an attempt to cut costs and reduce under-enrollment. Sharpe Health, a school for students with special needs, was among them and the impact is real.

Directed by Steven Kochones
USA / 2012 / 27mins
A celebration of cultural diversity through the images and commentary of acclaimed photographers, anthropologists and ethnographers.

Directed by Sergey Gavrilov
Russian Federation / 2013 / 18mins
Californian born ballerina – Joy Annabelle Womack – moved on her own at the age of 15  to Russia to dance Russian classic ballet professionally.

WHEELCHAIR DIARIES: ONE STEP UP

Directed by Reid Davenport
USA / 2013 / 27mins
Director Reid Davenport has cerebral palsy and was discouraged from studying in Europe based on his disability…so he went to Europe to find out the truth.