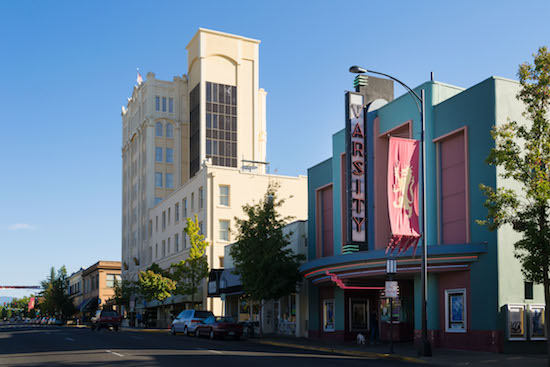 The Ashland Independent Film Festival announced on Friday that Anne Ashbey will be stepping down after two years as executive director. The non-profit organization’s board of directors officially accepted her resignation and has approved a transition plan and has formed a search committee to identify the new executive director. Ashbey has agreed to stay on through the transition period. The 13th annual Ashland Independent Film Festival will be celebrated April 3 to 7, 2014 at the Varsity Theatre, the historic Ashland Armory and the Ashland Street Cinema.

“I have made the decision to step down following the 13th annual festival,” said Ashbey. “This was a difficult decision for me to make, but one that is necessitated by personal circumstances. Please know that I remain committed to AIFF, to ensuring the success of our April 2014 event, and to maintaining the long-term viability of our nonprofit arts organization. I have complete confidence that we have the leadership in place to manage a successful transition and look forward to being an ongoing contributor to this wonderful organization.” Ashbey has agreed to return as a member of the board once her replacement has been selected.

“Anne has been a terrific director and leader, and we are saddened to see her go,” said AIFF Board President Pam Leandro Notch. “Anne, alongside the incredible AIFF staff, has contributed to AIFF’s ongoing success as one of the nation’s premier film festivals and one of the coolest film festivals in the world, one that offers an experience so welcoming and positive that it attracts the best films and filmmakers. The result is an unsurpassed festival experience that has become a vital part of our community and civic life.”