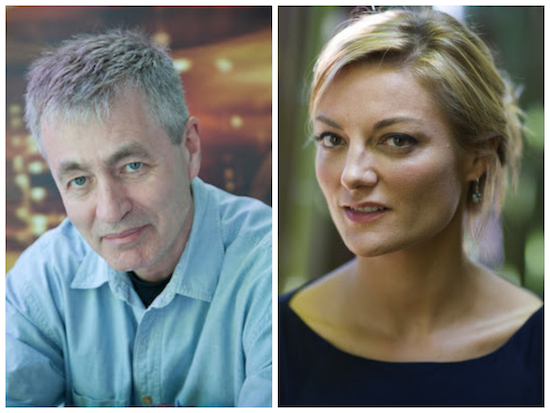 The 17th Full Frame Documentary Film Festival taking place April 3 to 6, 2014, in Durham, North Carolina, announced its annual Thematic Program and Tribute. The Full Frame Tribute will celebrate the work of award-winning filmmaker Steve James. The 2014 Thematic Program will look at the role of the subject in documentary film through a series of films curated by esteemed filmmaker Lucy Walker.

“I’ve always enjoyed Full Frame’s Thematic Program, and credit it with introducing me to films I’d never seen on the big screen before,” said Lucy Walker. “The documentaries I most enjoy all have memorable characters, and in my own work, I’ve gravitated towards character-led stories. I’m thrilled and honored to guest curate a selection of films for the Thematic Program that have unforgettable personalities at their heart and center.”

“Character-driven documentaries depend on the relationship a filmmaker can forge with his or her subject. We’re interested in how the people featured in documentary films – their personal openness and charisma – shape the impact of these works,” said director of programming Sadie Tillery.

Lucy Walker is a British film director who has twice been nominated for an Academy Award®. Her Oscar®-nominated film “Waste Land” won the 2010 Full Frame Documentary Film Festival Audience Award. Her other feature documentaries include “The Crash Reel,” “Countdown to Zero,” “Blindsight,” and “Devil’s Playground.” She has also directed several short documentaries, including “The Lion’s Mouth Opens,” which recently premiered at the 2014 Sundance Film Festival, as well as the Oscar®-nominated “The Tsunami and the Cherry Blossom.” Her films have been nominated for seven Emmys, an Independent Spirit Award, and a Gotham Award, and have won over eighty other film awards.

The festival will honor Steve James with the Full Frame Tribute and will feature a retrospective of his work. Steve James produced and directed “Hoop Dreams,” winner of every major critics’ prize including a Peabody and Robert F. Kennedy Journalism Award. Other films include “Stevie,” which won IDFA’s grand jury prize; the acclaimed miniseries “The New Americans”; Tribeca Grand Prize-winner “The War Tapes,” which James produced and edited; “At the Death House Door,” which won numerous festival awards; “No Crossover: The Trial of Allen Iverson,” produced for ESPN’s Peabody-winning “30 for 30” series; and “The Interrupters,” which won an Emmy, Independent Spirit Award, and the duPont Journalism Award, among numerous others. James’ most recent documentary on the life and career of critic Roger Ebert, “Life Itself,” premiered to great acclaim at the 2014 Sundance Film Festival.

“There’s a deep tie between our Thematic Program and Tribute this year in that Steve James is responsible for introducing audiences to some of the most memorable documentary subjects of all time,” said Tillery. “We’re proud to recognize his remarkable films and the powerful stories he’s captured over the years.”

“Full Frame has always been one of my absolute favorite festivals because of its devotion to artistic and challenging documentaries and to making filmmakers feel loved and appreciated,” said Steve James. “That love extends from the passionate festivalgoers to Full Frame’s incredible staff and programmers. It is both thrilling and humbling to attend this year and receive this tribute.”

Both Walker and James will attend the festival. Specific titles for the Thematic Program and Full Frame Tribute, along with additional attending guests, will be announced in March.