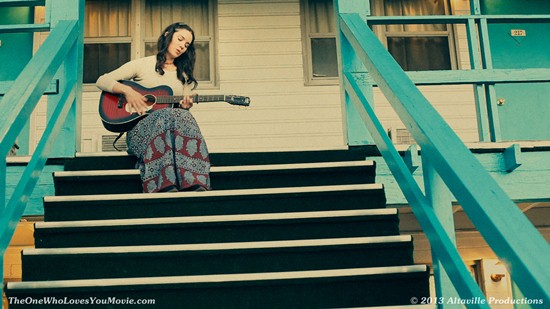 THE ONE WHO LOVES YOU

The Eighth Annual Beaufort International Film Festival concluded on February 15th with the winners being announced in 9 categories and the presentation of the first ever Behind the Scenes Award. The award for Best Feature went to THE ONE WHO LOVES YOU, directed by Katharyn Grant and the award for Best Documentary went to AKA, DOC POMUS, directed by William Hechter and Peter Miller.  The top award went to Film Editor and two-time Oscar Winner Arthur Schmidt (Forrest Gump and Who Framed Roger Rabbit). He was awarded the prestigious Jean Ribaut Award for Excellence in Film Editing.

Despite flight delays and reroutes and closed major highways due to a major winter storm hitting the southeast, filmmakers and film lovers still made the effort to get to the festival and once here, enjoyed four fun filled days of filmmaking excellence. “It was a tremendous turnout. We were quite pleased, “ stated Festival Director Ron Tucker. “Even with the adverse weather conditions at the start of the festival, the weather got better and we neared attendance of around 7000 people enjoying some part of festival events,”  Tucker stated.

The film festival celebrated the 20th anniversary of the release of the film Forrest Gump with special activities which included the screening of the film with some of the cast and crew in attendance.  A video tribute to Mr. Schmidt was played on awards night that included video messages from actors Gary Sinise and Tom Hanks and Director Robert Zemeckis.

James Passanante was presented the inaugural “Behind the Scenes” Award for is more than 30 years of work in the film industry as a Scenic Designer.

Best Feature:  The One Who Loves You, directed by Katharyn Grant, Denver, CO;

Best Director: Katharyn Grant, Denver, Co  (The One Who Loves You)

The World Without Purple Award: Special award presented by Alzheimer’s Family Services of Greater Beaufort to filmmaker Barbara Klutinis for her film The Sum Total of Our Memory.