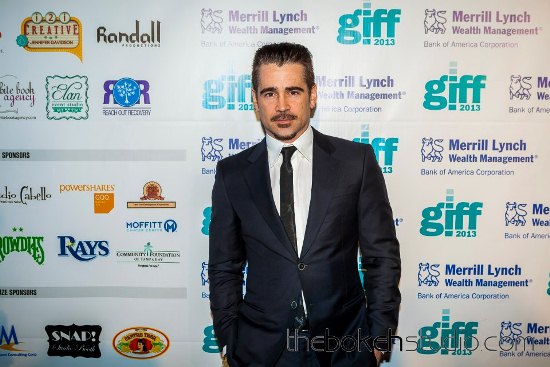 The Gasparilla International Film Festival (GIFF) unveiled its list of scheduled films for the eighth annual event held March 19-23, 2014 in Tampa, Florida.  100 films which will be screened at the Tampa Theatre, Cinébistro at Hyde Park and Muvico Centro Ybor 20, Tampa Art Museum and Firehouse Cultural Center.  The World premiere,of THERE’S ALWAYS WOODSTOCK directed by Rita Merson is the opening night film , and the U.S.premiere of CHU AND BLOSSOM directed by Gavin Kelly and Charles Chu is the closing night film.

THE BOYS OF ABU GHRAIB: An American soldier deployed at Abu Ghraib finds himself behind the walls of the infamous Hard Site, where he develops a secret friendship with an Iraqi detainee.
World premiere film directed by Luke Moran and starring: Luke Moran, Sean Astin, Sara Paxton and Michael Welch.

Enemy: Adam Bell is a glum, disheveled history professor, who seems disinterested even in sex with his beautiful girlfriend, Mary. Watching a movie on the recommendation of a colleague, Adam spots his double, an actor named Anthony Clair, in a bit role, and decides to track him down — an adventure he quite relishes. The identical men meet, and their lives become bizarrely and irrevocably intertwined.
Florida premiere film directed by Denis Villeneuve (Prisoners) and featuring Jake Gyllenhaal and Melanie Laurent.

Obvious Child: An honest comedy about what happens when Brooklyn comedian Donna Stern gets dumped, fired and pregnant just in time for the worst/best Valentine’s Day of her life.
Florida premiere directed by Gillian Robespierre and starring: Jenny Slate, Gaby Hoffmann, David Cross and Richard Kind. World premiered at Sundance 2014.

Hank and Asha: An Indian student in Prague and a lonely New Yorker correspond online through video letters.
Directed by James E. Huff and starring Mahira Kakkar and Andrew Pastides, this Tampa premiere was the Audience Award recipient at Slamdance 2013.

House of Last Things: A mind-bending thriller set in Portland, Oregon about an unspoken tragedy and its effects on a house, its temporary caretakers and the owners, a classical music critic and his wife on a recuperative trip to Italy.
U.S. premiere directed by Michael Bartlett and starring Lindsey Haun, Blake Berris, and RJ Mitte.

The Red Robin: A family reunion goes awry when the oldest son makes the accusation that his dying father, a famed psychiatrist who also did work for the CIA, adopted his children for the purposes of psychological experimentation.
Directed by Michael Z. Wechsler and featuring: Judd Hirsch, Ryan O’Nan, C.S. Lee, Jaime Ray Newman and Caroline Lagerfelt. A Florida premiere film.

Copenhagen: When the girl of your dreams is half your age, it’s time to grow up.
Directed by Mark Raso and starring: Gethin Anthony, Frederikke Dahl Hansen and Olivia Grant, this Florida premiere film was the Slamdance 2014 Audience Award Winner.

In Lieu of Flowers: Most love stories are about losing love or finding it. This is a story about what happens in between.
Florida premiere film directed by William Savage and cast includes: Josh Pence, Spencer Grammer, Nate Corddry, and Melissa Rauch.

Teddy Bears: Dark comedy about three couples who head to the desert to help their friend heal after the death of his mother. They would do anything for him – except for the one thing he wants.
Florida premiere directed by Thomas Beatty and Rebecca Fishman, and cast includes: Gillian Jacobs, Zachary Knighton, David Krumholtz, Melanie Lynskey, Ahna O’Reilly, Jason Ritter, and Ned Beatty.

Odd Brodsky: Audrey Brodsky is a lovable loser who hates her job. After 11 years, she finally quits the office to pursue her childhood dream of becoming an actress. There’s just one problem – she’s not very good at it.
Directed by Cindy Baer and starring Tegan Ashton Cohan and Matthew Kevin Anderson, this is a Florida premiere film.

Chu and Blossom: A coming-of-age comedy that centers on an unlikely brotherhood between a pensive, awkwardly tall Korean foreign exchange student and a militant performance artist, both trapped together in a small town.

In addition to the above films, GIFF 2014 will include competition films in the following categories: Narrative, World Showcase, Documentary Feature, Focus on Florida and New Visions Competition, sponsored by Indie Pix Distributors.

There will also be Cuisine Short Films at the Tampa Museum of Art, which celebrates the culinary delights of cinema, a Women Filmmakers panel, and a selection of Cuban documentaries and feature films that explore the vibrant film culture and beautiful landscape of Cuba.