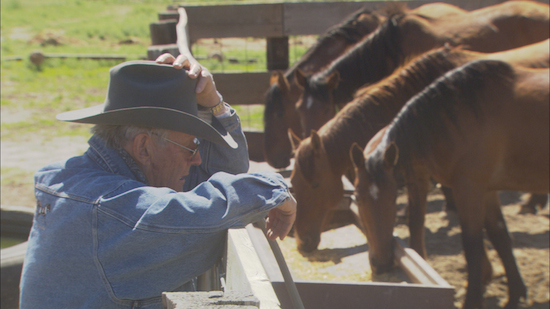 RUNNING WILD: THE LIFE OF DAYTON O. HYDE will screen at the American Documentary Film Festival in Palm Springs, California,  on March 28, 2014.  This cinematic adventure explores the compelling life of a modern day renaissance man and true hero to the earth. Hyde is an old style cowboy and steadfast conservationist who dedicated his life to protecting the wild horses, land, and water of the American West.  RUNNING WILD is a captivating story of determination and accomplishment, featuring wild mustangs running free on Hyde’s breathtaking 13,000-acre Black Hills Wild Horse Sanctuary in South Dakota, and scenes shot at his beautiful Yamsi Ranch in Oregon and boyhood lake house in Michigan. RUNNING WILD is directed by Emmy Award winner Suzanne Mitchell and is executive produced by two-time Academy Award winner Barbara Kopple. The film garnered awards for best documentary at several festivals where it received standing ovations, as audiences were awed and inspired by Hyde’s passion.

Suzanne Mitchell is thrilled to share her film with an audience from Palm Springs. The soundtrack was composed by Palm Springs native Steve Poltz, an award-winning singer-songwriter known for Jewel’s megahit hit “You Were Meant For Me.” Music critic Jon Kanis reports, “The soundtrack does what a great score is supposed to do: give the images and the words onscreen a deeper resonance. And in that marriage of image and sound, Running Wild is a complete bulls-eye.” 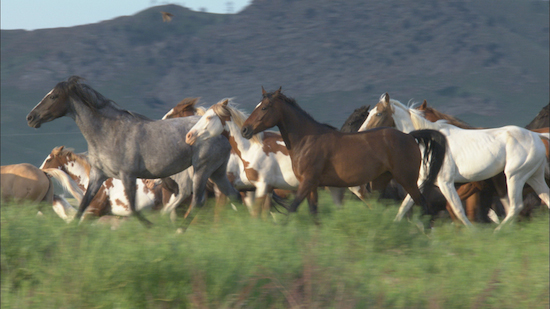 RUNNING WILD is a testament to perseverance and achievement despite challenges, and one’s responsibility to protect nature. At age 13, Hyde headed West and began a life journey to defend a fragile and changing natural world, a path that ultimately led him to South Dakota. Here, he successfully created one of the largest wild horse sanctuaries, giving freedom to thousands of mustangs rescued from the controversial BLM wild horse roundups and simultaneously saved an historic tract of land. Hyde’s storied past experience includes cowboy, WWII veteran, rodeo clown, champion to sandhill cranes, wolves and coyotes, Life Magazine photographer, award-winning author, and environmental educator and activist. RUNNING WILD shares rare footage of a Lakota Naming Ceremony, honoring Hyde as protector of sacred land. Hyde continues his efforts to preserve the environment in his fight against a proposed uranium mining project located near famed Mount Rushmore that has the potential to contaminate the ecosystem and deplete the aquifer that supports all life in the Black Hills, a gamble Hyde and his fellow opponents are not willing to take. At 88, Hyde says, “It’s going to be my last great battle, but I’m going to win this one.”