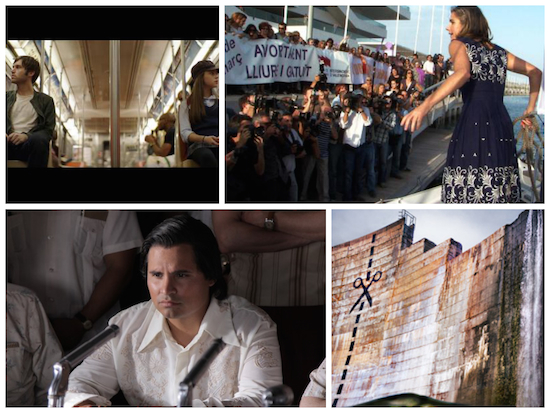 BEFORE I DISAPPEAR directed by Shawn Christensen and winner of the Audience Award for Best Narrative Feature is based on the 2013 Academy Award® winning short film “Curfew.” At the lowest point of his life, Richie gets a call from his estranged sister, asking him to look after his eleven-year old niece, Sophia, for a few hours.

In VESSEL, directed by Diana Whitten, and winner of the Audience Award for Best Documentary Feature, Dr. Rebecca Gomperts sails a ship around the world, providing abortions at sea for women with no legal alternative. Her idea begins as flawed spectacle, faced with governmental, religious, and military blockade. But with each roadblock comes a more refined mission, until Rebecca realizes she can use new technologies to bypass law – and train women to give themselves abortions using WHO-researched protocols with pills. From there we witness her create an underground network of emboldened, informed activists who trust women to handle abortion themselves. “Vessel” is Rebecca’s story: one of a woman who hears and answers a calling, and transforms a wildly improbable idea into a global movement.

DAMNATION directed by Ben Knight and Travis Rummel and winner of the Audience Award for Best Documentary Film, explores the sea change in our national attitude from pride in big dams as engineering wonders to the growing awareness that our own future is bound to the life and health of our rivers. Dam removal has moved beyond the Monkey Wrench Gang. When obsolete dams come down, rivers bound back to life, giving salmon and other wild fish the right of return to primeval spawning grounds, after decades without access. “DamNation”’s majestic cinematography and unexpected discoveries move us through rivers and landscapes altered by dams, but also through a metamorphosis in values, from conquest of the natural world to knowing ourselves as part of nature.

Directed by Diego Luna, CESAR CHÁVEZ winner of the Audience Award for Best Narrative Feature Film, chronicles the birth of a modern American movement led by famed civil rights leader and labor organizer, Cesar Chavez. Torn between his duties as a husband and father and his commitment to bringing dignity and justice to others, Chavez embraced non-violence as he battled greed and prejudice in his struggle for the rights of farm workers. His triumphant journey is a remarkable testament to the power of one individual’s ability to change the system.

TEENAGE: Matt Wolf's Documentary Brings the History of Growing Up to Life