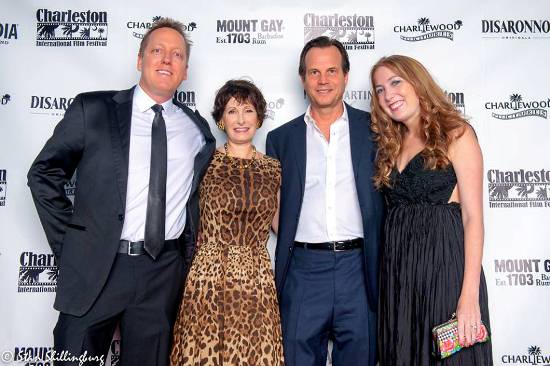 The festival attendees chose 120 Days for Best Documentary, Crackerjack for Best Feature, The Armadillo for Best Short, Bittersweet for Best Foreign Film, and Blue for Best Animation. Best Actress went to Alex Lombard for her role in Sophie and Best Actor was awarded to Konstantin Lavysh for Karaganda.

The legendary Gale Anne Hurd was presented an award for Achievement in American Film. Hurd was introduced by actor Bill Paxton (Aliens, Tombstone, Apollo 13) who said, “I hold a dear place in my heart for Charleston, as it was a location for my first major motion picture, The Lords of Discipline. Coming back to visit for the festival to honor my friend and colleague, Gale Anne Hurd, was a pleasure.”

Hurd boasts an illustrious career that includes producing award-winning films and television programs, such as The Terminator, Aliens, The Abyss, Armageddon, The Incredible Hulk, Tremors, Dante’s Peak, and The Walking Dead.

“Having filmed in Charleston early in my career, it was an honor to receive the first Achievement in American Film Award from such a well-curated festival,” said Hurd. “In a sea of film festivals, Charleston IFF is one that is truly magical.”