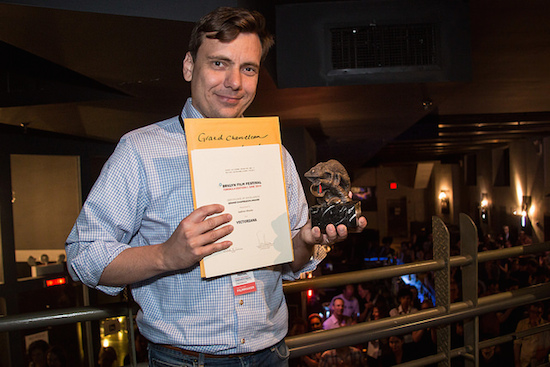 Documentary Feature – Nima Sarvestani for No Burqas Behind Bars

Narrative Short – Jacob Kindlon for Vocabulary of the Mysteries

Animation – Catya Plate for Hanging By a Thread