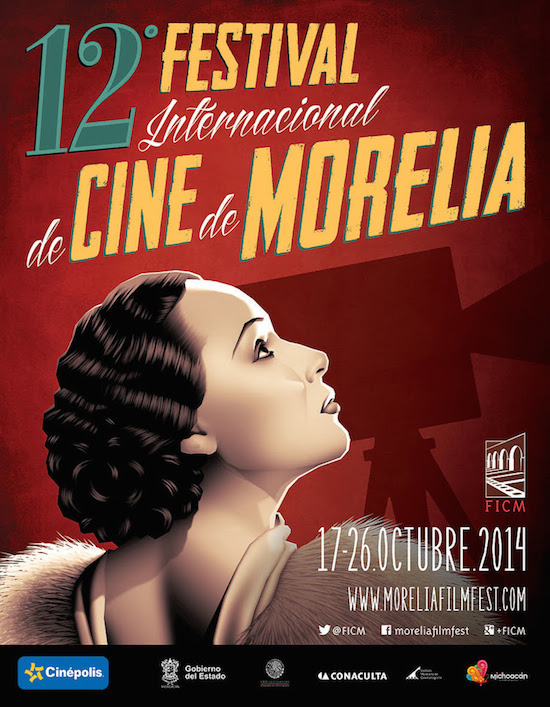 Throughout the year, FICM will gradually reveals the festival details that will characterize its next edition, beginning with the date of publication of the call, the announcement of the Official Selection, programming and, of course, the release of its image.

In an interview, Rodrigo Toledo, designer of the FICM image, shared his creative process of each year: “It’s re-interpreting the same theme. Re-inventing the black thread again and again and reconvening the basic elements, which are even in the title: festival, film, Morelia. I start with that and then try to go on a tangent and create an abstract feeling, but you start with the basic building blocks.”

In relation to the poster of the 12th FICM, Toledo said that his first source of inspiration was Mexican nationalist art of the period of Lázaro Cárdenas and also the graphic design of the Spanish Republic. “In the end, the image is inspired by the posters of the Golden Age of Mexican cinema which, curiously, were designed by the same artists of the Republican posters – exiles who came to Mexico.”

For Toledo, the image of the 12th FICM “represents film, first, by means of nostalgia, by means of nationalism, but not as nationalism is understood today, but by way of exalting that which is Mexican.” Choosing an iconic diva as protagonist was influenced by the amount of beautiful pictures that exist of Mexican actresses of that time. Furthermore, according to Toledo: “This is the third time that we use a female character, and indirectly I tell myself – she is Morelia.”

The publication of the festival poster is one of the first signs that the next FICM is near. On August 8, the results of the call, in which more than 750 Mexican films enrolled, will be announced.