“The Last 5 Years” and “The Humbling” to Open, and Jon Stewart’s “Rosewater” to Close 2014 Austin Film Festival 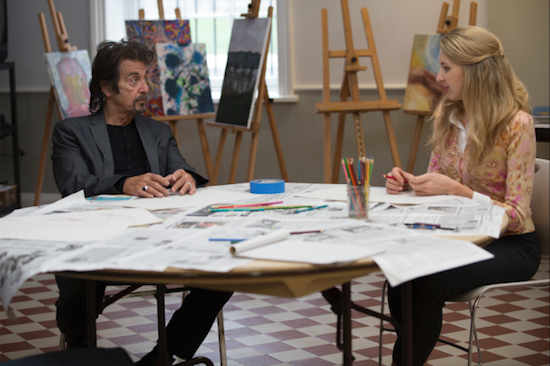 The US Premiere of Barry Levinson’s The Humbling will be the Opening Night Film of the 2014 Austin Film Festival on Thursday, October 23rd. Based on the Philip Roth novel, The Humbling follows an aged and addled actor (Al Pacino) and his affair with a much younger woman (Greta Gerwig).

Jon Stewart and Maziar Bahari will present Stewart’s directorial debut, Rosewater, as the Closing Night Selection on October 30th. Rosewater is based on the New York Times best-selling memoir Then They Came for Me: A Family’s Story of Love, Captivity, and Survival, written by the BBC journalist Maziar Bahari.

Zwick’s directorial credits feature About Last Night, Courage Under Fire, The Siege, The Last Samurai, Blood Diamond, Defiance and Love & Other Drugs, and the Academy® Award winning films Glory and Legends of the Fall. Along with Marshall Herskovitz, Zwick created The Bedford Falls Company, and produced the critically acclaimed television series My So-Called Life, Relativity, the Emmy Award winning television series, thirtysomething, and the Emmy Award and Golden Globe award winning series Once and Again. Other producing credits include I Am Sam, Traffic, and Shakespeare in Love.Zwick most recently directed and produced Pawn Sacrifice starring Tobey Maguire, Liev Schreiber, and Peter Sarsgaard.Zwick will also be joined by frequent collaborator Winnie Holzman (creator of My So-Called Life) for a conversation on their work in television on Sunday, October 26th.

Luke Wilson joins the 2014 Retrospective series, presenting The Pope of Greenwich Village. Austin Film Festival’s Retrospective series allow guest programmers to present works that have inspired their careers.  The Pope of Greenwich Village will be programmed alongside Wilson’s short film Satellite Beach, which he wrote, directed, and starred in, with producers also in attendance.

Scott Haze will present The Sound and the Fury, James Franco’s adaptation of the William Faulkner novel.

Austin Film Festival’s annual staged script-reading will feature the comedy Flarsky, by Dan Sterling (writer The Office, Girls, The Interview) in a live event co-presented by The Black List on Sunday, October 26th.