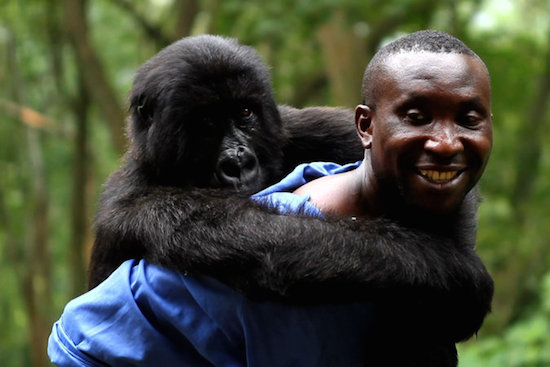 The Camden International Film Festival announced the award winning films from its tenth edition, which marked the end of a four-day weekend that included the screening of over 70 films from dozens of countries, as well as the 6th Points North Documentary Forum.  This year’s Harrell Award for Best Documentary Feature went to CIFF’s Opening Night film VIRUNGA directed by Orlando von Einsiedel, who attended the festival to present his film and went on to accept the award via Skype.

The Jury, consisting of Susan Margolin (President, Docurama), Banker White (Filmmaker, THE GENIUS OF MARIAN) and Cecily Pingree(Filmmaker, BETTING THE FARM) awarded their Special Jury Mention to J.P. Sniadecki’s THE IRON MINISTRY which had its US Premiere at CIFF and continues on to play the New York Film Festival later this week.

Maine-made WILD HOME directed by Jack Schurman and co-directed by Robert Schurman received not only a standing ovation at their World Premiere screening but also received the 2014 Audience Award and increased cash prize. Filmmakers were in attendance to accept this award.

The Camden Cartel Award was given to Ciaran Cassidy’s THE LAST DAYS OF PETER BERGMANN and Honorable Mention went to Luke Lorentzen’s SANTA CRUZ DEL ISLOTE.

Al Jazeera’s AJ+ channel  held their first ever AJ+ Pitch at CIFF, a Live Pitch offering five filmmakers the chance to pitch their short documentary concepts and works-in-progress to a panel of filmmakers and industry leaders for up to $10,000 cash and a commission from the AJ+ channel. The Jury included AJ+’s Jeff Seelbach, Tribeca Film Institute’s Ryan Harrington and filmmakers Margaret Brown and Rebecca Richman Cohen.

Last but not least, CIFF announced the winner of their expanded Points North Fellowship, with a day of training at Maine Media Workshop prior to the festival and the Pitch event to a panel of funders, broadcasters, on Saturday, September 27 at the Camden Opera House. 2014 documentary works-in-progress included Tony Gerber’s AMERICAN WARLORD, Adam Mazo and Ben Pender-Cudlip’s DAWNLAND, Amy Benson, Ramyata Limbu and Scott Squire’s THE GIRL WHO KNEW TOO MUCH, Pacho Velez’s THE REAGAN YEARS, Cassidy Friedman’s SOLEDAD, and Elisa Haradon and Gabriel Miller’s SWEETHEART DEAL. The 2014 Points North Pitch Award and Modulus Funishing Fund was granted to THE REAGAN YEARS, with director Pacho Velez and producer Sierra Pettengill receiving $1,000 cash prize from Documentary Educational Resources, three consultations with the Tribeca Film Institute and a discounted post-production package from Modulus Studios.

"The Last 5 Years" and "The Humbling" to Open, and Jon Stewart's "Rosewater" to Close 2014 Austin Film Festival