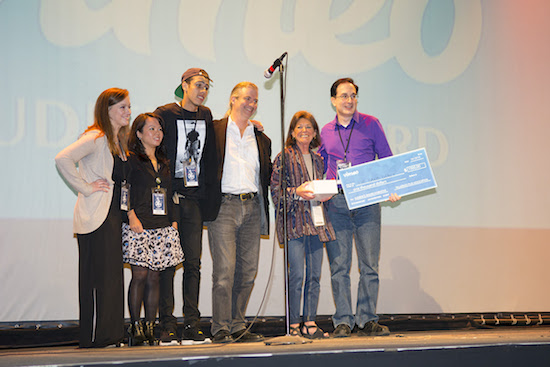 KEEP ON KEEPIN’ ON, directed by Al Hicks is the winner of the Vimeo Audience Award Documentary Feature, and THE DAVID DANCE, directed by Aprill Winney is the winner of Vimeo Audience Award Narrative Feature at the12th annual Tallgrass Film Festival. Shot over the course of five years by first time filmmaker Al Hicks, KEEP ON KEEPIN’ ON depicts a 23-­year­-old, blind piano prodigy, Justin Kauflin, and music legend and teacher Clark Terry, 89.   A winter drama set in Buffalo, NY, THE DAVID DANCE tells the story of David, who is soft spoken, shy and unsure of himself. However, as his on-air alias ‘Danger Dave,’ the host of “Gay Talk,” he’s poised, witty, and every listener’s best friend! Then life one day throws him a lemon. Past and present intertwine to tell the story of a man learning to love and accept himself.