Over 45 Films on Lineup for Northwest Filmmakers’ Festival 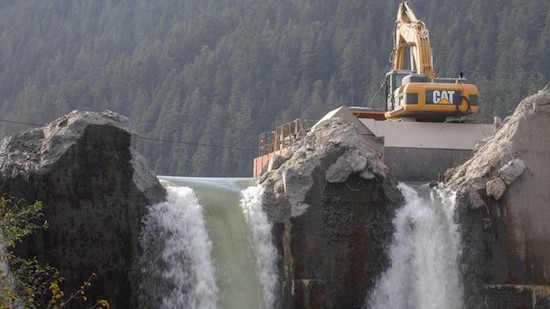 RETURN OF THE RIVER

In addition to features, the Festival offers three programs of short films. Shorts I— a collection of films from makers based in Portland, OR, Eugene, OR, Seattle, WA, Edmonds, WA, Belgrade, MT, Livingston, MT, and Vancouver, BC—will kick off the Festival on Opening Night at 7 p.m. with filmmakers in attendance. Shorts II and Shorts III are collections of films by makers throughout the NW region, ranging from the experimental to animation to narrative and non-fiction.  All three shorts programs will screen twice during the Festival.

Beyond the numerous screenings on offer, the Northwest Filmmakers’ Festival also provides opportunities for aspiring and working filmmakers to interact directly with peers and industry professionals through events such as the Northwest Filmmakers’ Un-Conference, previously BarCamp, an opportunity for the regional filmmaking community to gather together and explore the issues and challenges facing today’s independent filmmaker. Filmmakers whose work did not make it into the Festival have been invited to submit their short film into the popular program, “What’s Wrong with this Picture?,” hosted by Seattle curator Warren Etheredge for a program illuminating the pitfalls of selling your film to a programmer in 2 minutes or less.

Additionally, NWFest41 will cater to makers via two participatory workshops.  On Sunday, November 9 from 2-4pm, Academy Award-nominated and Emmy winning director Irene Taylor Brodsky (HEAR AND NOW) will lead an intensive on “Developing the Doc-Maker’s Ear for Story,” which will be followed immediately after by a 4:30pm screening of her film ONE LAST HUG (…AND A FEW SMOOCHES): THREE DAYS AT GRIEF CAMP. Saturday, November 15 at 10am-3pm, musician/composer Mark Orton (NEBRASKA, BOXTROLLS) will enlighten in a workshop entitled “Inside the World of Film Composing.”  Both workshops will take place at the Northwest Film Center’s School of Film, located at 934 SW Salmon Street.