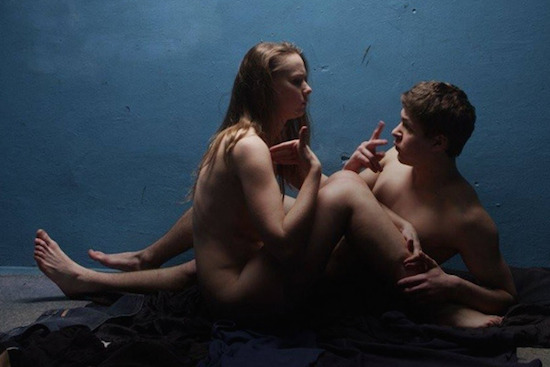 The closing gala and awards ceremony of the 59th Cork Film Festival took place on Sunday night and the Gradam Spiorad na Féile (Spirit of the Festival Award), which was inaugurated at the Festival this year, was won by The Tribe, by Myroslav Slaboshpytskiy (Ukraine).  The Tribe is a powerful dramatic thriller, entirely in Ukrainian Sign Language, with no subtitles, yet made for a hearing audience.

The Spirit of the Festival Award honors films which take risks and push boundaries, and the first year of it saw The Tribe beat a very strong group of fellow nominees: Cherry Pie by Lorenz Merz (Switzerland), Hide and Seek by Joanna Coates (UK), El Futuro by Luis Lopez Carrasco (Spain), Yximalloo by Tadhg O’Sullivan and Feargal Ward (Ireland), and Manakamana by Stephanie Spray and Pacho Velez (UK, Nepal).

Speaking about Gradam Spiorad na Féile, Mr Mullighan said: “The Cork Film Festival prides itself in celebrating filmmakers who find new and brave ways to tell great stories, and this award is the first of its kind at the Cork Film Festival to recognise exactly that. The calibre of films in this category was exceptional, and The Tribe is a well deserving winner.”

The Irish Shorts Jury comprised Ana David (Portugal), Julie Kelleher (Ireland, jury chair) and Niall McKay (USA), who chose the Grand Prix Irish Award and also the winner of the CorkShorts Award,Tadhg McSweeney, Painter – A Film Portrait, by Dónal Ó Céilleachair. Speaking of the winning CorkShorts film, the jury commented “We are delighted to award filmmaker Dónal Ó Céilleachair for the outstanding way in which he captures the talent and spirit of this artist.”

The International Shorts Jury comprised Frank Berry (Ireland), Fanny Corcelle (France) and John Kelleher (Ireland, jury chair), who chose the Cork Film Festival Nomination for the 2015 European Film Academy Awards, Field Study, and the Grand Prix International Award, More Than Two Hours. Speaking of More Than Two Hours, the jury commented: “The strength of this compelling film is its simplicity. The director skillfully builds tension as we share in the turmoil of a young couple caught in a human crisis.”

The winning films of the Grand Prix Irish Award and Grand Prix International Award at the Cork Film Festival will be eligible for consideration in the Live Action Short Film or Animated Short Film categories of the Academy Awards®, it was announced at the closing gala, as the festival has this very week achieved the status of Academy Awards® qualifying festival.

The winner of the Audience Award was Patrick’s Day, directed by Terry McMahon.

Closing the festival, James Mullighan said: “The 59th Cork Film Festival displayed a previously unsurpassed depth of creativity and talent. It covered more than 180 films and events in just 10 days, bringing to Cork films of every genre, style and era. It has been a very successful festival, culminating in the announcement that it is now recognised as an Academy Awards® qualifying festival for the Live Action Short Film and Animated Short Film categories.”

“We look forward to welcoming everyone back next year to celebrate the great occasion of the 60th year of the Cork Film Festival,” he added.