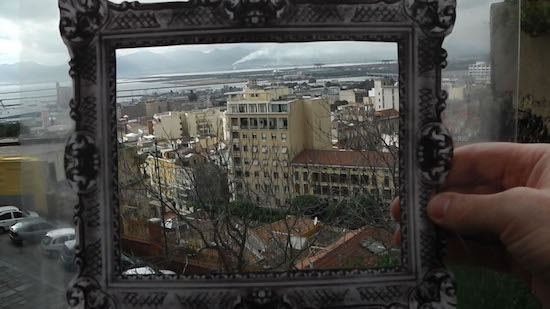 The 2015 Sundance Film Festival, which takes place January 22 to February 1 in Park City, Salt Lake City, Ogden and Sundance, Utah, announced the films that will screen in the out-of-competition sections Spotlight and Park City at Midnight, as well as the films and installations to be featured in the New Frontier program. Trevor Groth, Director of Programming for the Sundance Film Festival, said, “This year’s Park City at Midnight selections have much to offer genre enthusiasts. With everything from futuristic fantasies to paranormal nightmares, it’s an all-out trip to the cinematic edge.”

New Frontier champions films that expand, experiment with, and explode traditional storytelling. Recognizing the crossroads of film, art, and media technology as a hotbed for cinematic innovation, New Frontier is also a venue showcasing innovative media installations and panel discussions that explore the expansion of cinema culture in today’s rapidly changing media landscape. The installations will be housed on the top two floors of the historic Claim Jumper, at 573 Main Street in Park City. Admission to all New Frontier installations is free.

Shari Frilot, Sundance Film Festival Senior Programmer and curator of the New Frontier exhibition, said, “The content creators in the 2015 edition of New Frontier radically challenge the very notion of storytelling. Working with virtual reality and new gaming technologies, these artists, filmmakers, journalists, media scientists, game designers and creative technologists present a peek at the dawn of a bold new cinematic world, through an unprecedented exploration of the most basic state of being.”

SPOTLIGHT
Regardless of where these films have played throughout the world, the Spotlight program is a tribute to the cinema we love.

6 Desires: DH Lawrence and Sardinia / United Kingdom, Italy (Director: Mark Cousins) — In winter 1921, DH Lawrence and his wife journeyed to Sardinia, and he chronicled their experiences in Sea and Sardinia. Now, Mark Cousins retraces Lawrence’s footsteps. The film is conceived partly as a letter to Lawrence — or “Bert” — a detail that’s typical of the film’s inviting sense of conversational intimacy. International Premiere

’71 / United Kingdom (Director: Yann Demange, Screenwriter: Gregory Burke) — ’71 takes place over a single night in the life of a young British soldier accidentally abandoned by his unit following a riot on the streets of Belfast in 1971. Unable to tell friend from foe, he must survive the night alone and find his way to safety. Cast: Jack O’Connell, Paul Anderson, Richard Dormer, Sean Harris, Barry Keoghan, Martin McCann.

Aloft / Spain, France, Canada (Director and screenwriter: Claudia Llosa) — Aloft tells the story of a struggling mother, Nana, and her evolution to becoming a renowned healer. When a young artist tracks down Nana’s son 20 years after she abandoned him, she sets in motion an encounter between the two that will bring the meaning of their lives into question. Cast: Jennifer Connelly, Cillian Murphy, Mélanie Laurent, William Shimell. North American Premiere 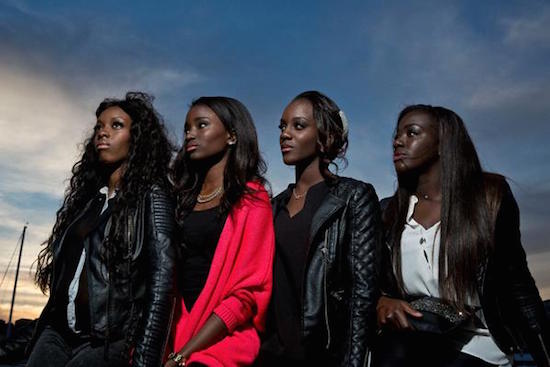 Girlhood / France (Director and screenwriter: Céline Sciamma) — Oppressed by her family, dead-end school prospects, and the boys law in the neighborhood, Marieme starts a new life after meeting a group of three free-spirited girls. She changes her name and dress, and quits school to be accepted in the gang, hoping to find a way to freedom. Cast: Karidja Touré, Assa Sylla, Lindsay Karamoh, Mariétou Touré, Idrissa Diabaté, Simina Soumaré.

The Tribe / Ukraine (Director and screenwriter: Myroslav Slaboshpytskiy) — Set at a Ukrainian boarding school for the deaf, the film’s narrative unfolds purely through sign language without the need for employing subtitles or voiceover, resulting in a unique, never-before-seen cinematic experience that engages the audience on a new level. Cast: Grigoriy Fesenko, Yana Novikova, Rosa Babiy, Alexander Dsiadevich.

White God / Hungary (Director: Kornél Mundruczó, Screenwriters: Kata Wéber, Kornél Mundruczó, Viktória Petrányi) — When young Lili is forced to give up her beloved dog, Hagen, because its mixed-breed heritage is deemed “unfit” by The State, she and the dog begin a dangerous journey back toward each other. Cast: Zsófia Psotta, Sandor Zsótér, Szabolcs Thuróczy, Lili Monori, László Gálffi, Lili Horváth. U.S. Premiere

Wild Tales / Argentina, Spain (Director and screenwriter: Damián Szifrón) — Inequality, injustice, and the demands of the world cause stress and depression for many people. Some of them, however, explode. This is a movie about those people. Vulnerable in the face of an unpredictable reality, the characters of Wild Tales cross the thin line dividing civilization and barbarism. Cast: Ricardo Darín, Julieta Zyberberg, Leonardo Sbaraglia, Darío Grandinetti, Erica Rivas, Oscar Martínez.

PARK CITY AT MIDNIGHT
From horror flicks to comedies to works that defy any genre, these unruly films will keep you edge-seated and wide awake. 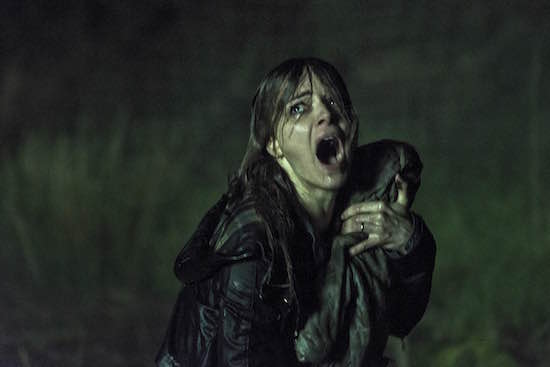 The Hallow / Ireland, United Kingdom (Director: Corin Hardy, Screenwriters: Corin Hardy, Felipe Marino) — When a London-based conservationist is sent to Ireland to survey an area of ancient forest believed by the superstitious locals to be hallowed ground, he unwittingly disturbs a horde of terrifying beings and must fight to protect his family. Cast: Joseph Mawle, Bojana Novakovic, Michael McElhatton, Michael Smiley. World Premiere

It Follows / U.S.A. (Director and screenwriter: David Robert Mitchell) — After a strange sexual encounter, a teenager finds herself haunted by nightmarish visions and the inescapable sense that something is after her. Cast: Maika Monroe, Keir Gilchrist, Daniel Zovatto, Jake Weary, Olivia Luccardi, Lili Sepe.

The Nightmare / U.S.A. (Director: Rodney Ascher) — A documentary-horror film exploring the phenomenon of sleep paralysis through the eyes of eight people. They (and a surprisingly large number of others) often find themselves trapped between the sleeping and awake realms, unable to move but aware of their surroundings while subject to disturbing sights and sounds.World Premiere

Reversal / U.S.A. (Director: J.M Cravioto, Screenwriters: Rock Shaink, Keith Kjornes) — A gritty psychological thriller about a young woman chained in a basement of a sexual predator and manages to escape. However, right when she has a chance for freedom, she unravels a hard truth and decides to turn the tables on her captor. Cast: Tina Ivlev, Richard Tyson, Bianca Malinowski. World Premiere

The Royal Road / U.S.A. (Director and screenwriter: Jenni Olson) — This cinematic essay, a defense of remembering, offers up a primer on the Spanish colonization of California and the Mexican American War alongside intimate reflections on nostalgia, butch identity and Alfred Hitchcock’s Vertigo — all against a contemplative backdrop of 16mm urban California landscapes.Cast: Jenni Olson, Tony Kushner. World Premiere 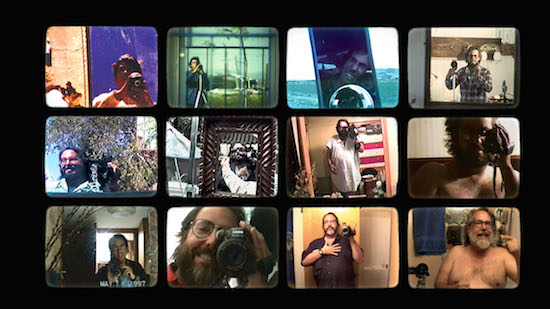 Sam Klemke’s Time Machine / Australia (Director: Matthew Bate) — Sam Klemke has filmed and narrated 50 years of his life, creating a strange and intimate portrait of what it means to be human. World Premiere

Things of the Aimless Wanderer / Rwanda, United Kingdom (Director and screenwriter: Kivu Ruhorahoza) — A white man meets a black girl, then she disappears. The white man tries to understand what happened to her while also trying to finish a travelogue. Things of the Aimless Wanderer is a film about the sensitive topic of relations between “locals” and Westerners, about paranoia, mistrust, and misunderstandings. Cast: Justin Mullikin, Grace Nikuze, Ramadhan Bizimana, Eliane Umuhire, Wesley Ruzibiza, Matt Ray Brown. World Premiere

Assent
Artist: Oscar Raby
This immersive documentary uses virtual reality technology to put the user in the footsteps of Director Oscar Raby’s father, who in 1973 was a 22-year-old army officer stationed in the north of Chile, on the day when the Caravan of Death came to his regiment.

Birdly
Artist: Max Rheiner
Flying is one of the oldest dreams of humankind. Birdly is an experiment to capture this dream, to simulate the experience of being a bird from a first-person perspective. This embodiment is conducted through a full-body virtual reality setup.

Dérive
Artist: François Quévillon
This interactive installation uses the audience’s body motions and positions to explore 3-D reconstructions of urban and natural spaces that are transformed according to live environmental data, including meteorological and astronomical phenomena. 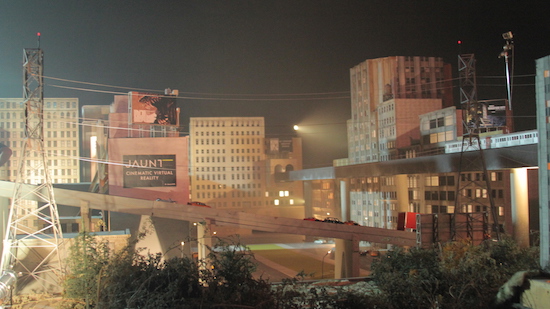 Kaiju Fury!
Artist: Ian Hunter
A dark energy experiment leads to a devastating attack by monstrous Kaiju, and you are standing at ground zero — all in 360-degree, stereoscopic 3-D cinematic virtual reality. You will “be there” as the beasts lay waste to a crumbling city and humanity makes its last stand. Cast: Susie Abromeit, Bill Lippincott, Daniel Martin, Brian Dodge, Vincient Chiantelli​.

Paradise
Artist: Pleix
Paradise is certainly not paradisiacal if you look at it through our eyes. But neither is it totally devoid of humor, melancholy and absurdity. Perhaps it is first and foremost life as it is, and then a touch exaggerated in the digital overdrive.

Perspective; Chapter I: The Party
Artists: Rose Troche, Morris May
A young college woman attends a party with the intention of shedding her “shy girl” persona. At the same party, a young man is after a similar reinvention. They meet, drink, and misinterpreted signals turn into things that cannot be undone. Virtual reality simulators let viewers experience both characters. Cast: Tabitha Morella, Caleb Thomas, Zachary Zagoria, Anna Grace Barlow.

Project Syria
Artist: Nonny de la Peña
More than one million children have fled Syria and news reports indicate children are being specifically targeted in the violence. By combining pioneering virtual reality technologies with audio and video captured during a real event, audiences feel transported to the powerful scene, becoming witnesses as the intense tragedy unfolds.