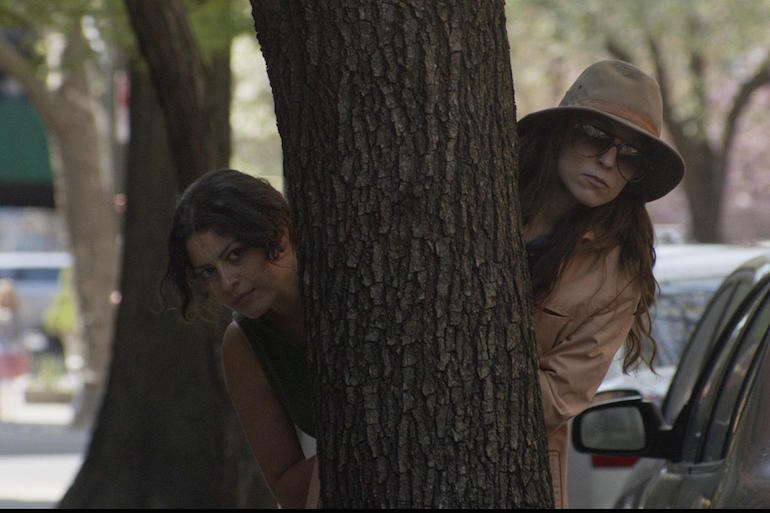 The trailer is released for WILD CANARIES, written and directed by Lawrence Michael Levine, about a newly engaged couple who investigates signs of foul play, when their elderly neighbor suddenly drops dead.

Barri and Noah, a newly engaged Brooklyn couple, are disheartened by the death of their elderly downstairs neighbor, Sylvia. Though Noah sees nothing unusual about the old woman’s death, Barri suspects foul play and sets out to investigate, enlisting her roommate Jean to join her on a reconnaissance mission to trail a possible suspect. Tensions mount, however, when the investigation uncovers unsettling secrets throughout the building—including in their own apartment — and suddenly everyone seems like a reasonable suspect. A freshly comedic take on classic film noir, WILD CANARIES brings a unique sensibility to a high-stakes murder mystery.