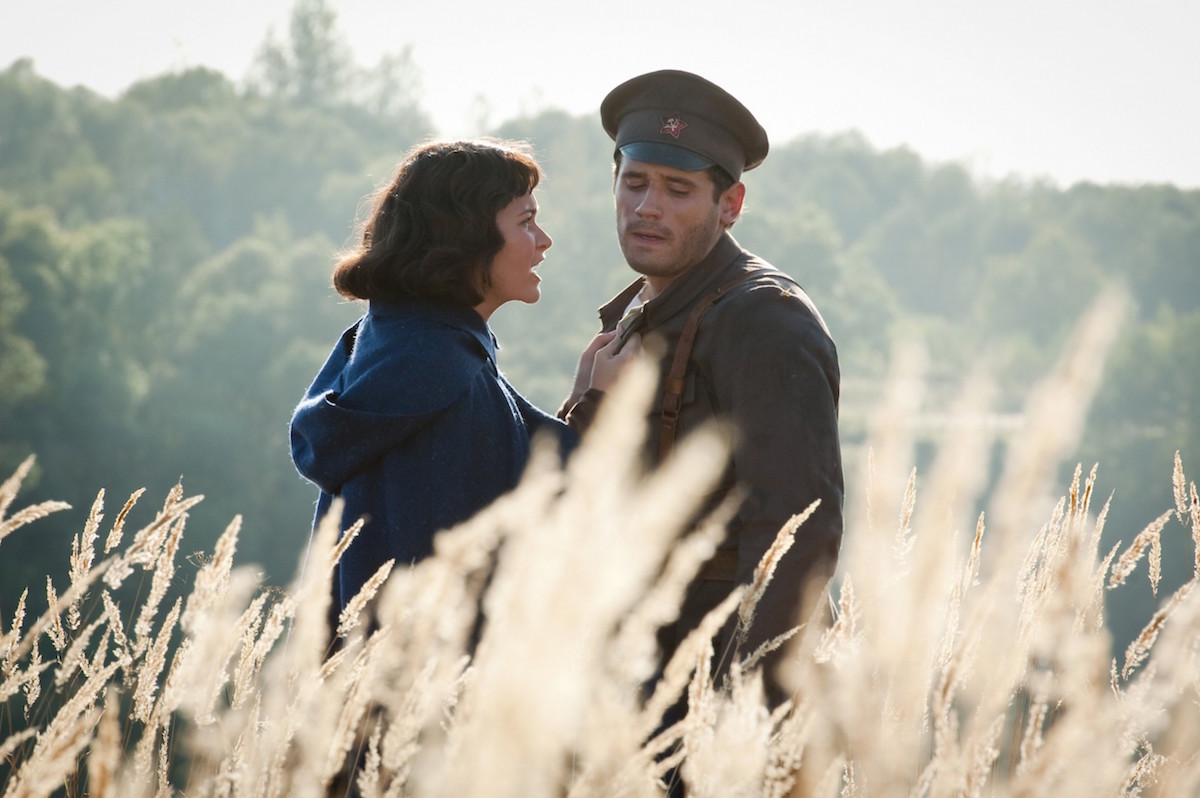 The Russian film CHAGALL-MALEVICH, directed by Alexander Mitta, will open at Cinema Village in New York on June 12 and at Laemmle Music Hall in Beverly Hills and at Town Center 5 in Encino, CA on June 19.

The artistic and political revolution of early 19th century Russia is mythologized in CHAGALL-MALEVICH, a magical period drama about the uneasy relationship between two artistic geniuses.

Inspired by the memoirs of Marc Chagall and those of his contemporaries, the film blends fact and folklore to evoke the return of the iconic Jewish artist (portrayed by Leonid Bichevin “Cargo 200”) to his childhood home of Vitebsk. Having left behind immense success in Paris, Chagall returns to the Russian empire in 1917 in hope to marry the love of his life Bella Rosenfeld (Kristina Schneidermann); he produces copious paintings and establishes the Academy of Modern Art. A rivalry develops with abstract painter Kazimir Malevich (Anatoliy Belyy), invited to teach at the art school. As Bella rekindles a childhood friendship with military Red Commissar Naum (Semyon Shkalikov), Chagall competes for the affections of his muse and future wife. As the October Revolution sweeps across Russia, historical events intrude on personal struggles and upend the quiet provincial life in Vitebsk.

Brimming with surrealistic imagery from the paintings of Chagall and Malevich (over 140 paintings were used in the film), this sumptuous melodrama marks veteran Russian filmmaker Alexander Mitta’s return after a decade-long hiatus.