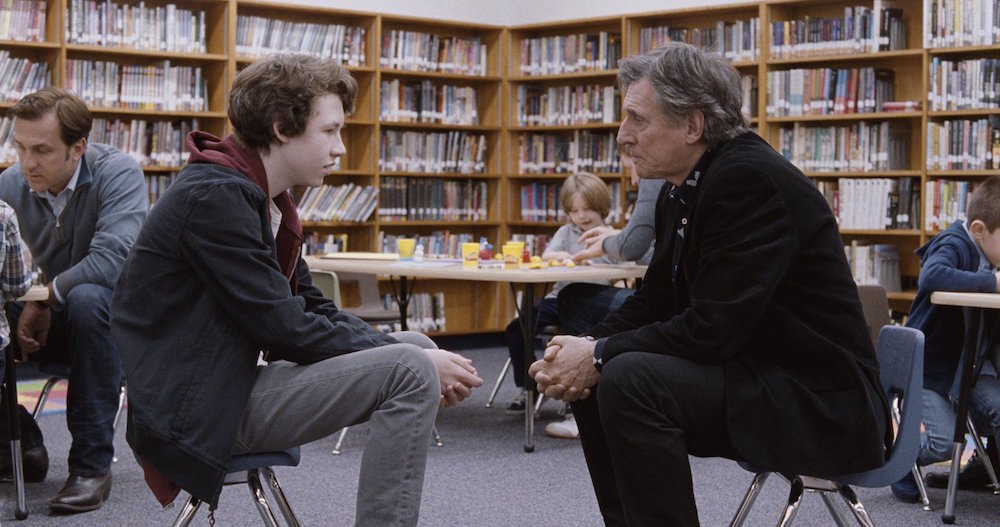 Joachim Trier’s drama Louder Than Bombs, an official selection of this year’s, 2015 Cannes Film Festival, is set for release in the U.S. via The Orchard.  Louder Than Bombs is Trier’s follow-up to Reprise and Oslo, and August 31st.

Three years after the death of his wife, acclaimed photographer Isabelle Reed (Huppert), Gene (Byrne) keeps everyday life going with his shy teenage son, Conrad (Druid).  A planned exhibition of Isabelle’s photographs prompts Gene’s older son, Jonah (Eisenberg), to return to the house he grew up in – and for the first time in a very long time, the father and the two brothers are living under the same roof.

Underneath the affection and friction that is a part of restored family life between these three, we feel the striking loss that marks each of them. At the same time, the three have markedly different memories of their wife and mother.

The film observes these three men as they find ways to live together and reconcile themselves both to the loss of – and each other’s sense of – the exceptional woman who influenced their lives so profoundly.

Grief, mixed with surprising humor, informs all that happens – as each of these three men take meaningful steps forward both as individuals and as a renewed but forever changed family.

Director Joachim Trier stated, “I’m thrilled to be working with a company as innovative and forward thinking as The Orchard in bringing our film to North American audiences. We shot the film in the U.S., so it’s particularly meaningful to have found this great partner for our release.”

Cannes Award Winning Film THE MEASURE OF A MAN to BE Released in the U.S.