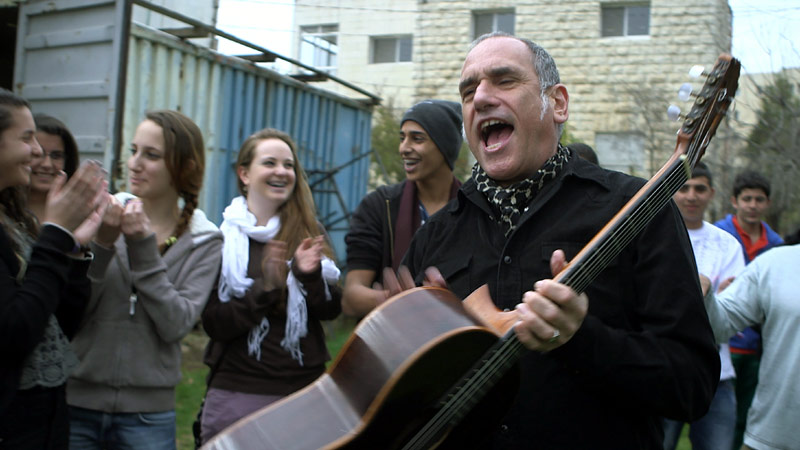 The 2015 Portland Jewish Film Festival will screen 18 feature films including: EAST JERUSALEM/WEST JERUSALEM (pictured above), a riveting documentary about Israeli musician David Broza and his efforts to bridge Israeli and Palestinian tensions through music, THE MYSTERY OF HAPPINESS, director Daniel Burman’s delightful hybridization of buddy movie, detective film, and romantic comedy tropes, the Opening Night selection MAGIC MEN, a road trip comedy that pairs an aging atheist Holocaust survivor with his estranged Hasidic rapper son, and DOUGH, a comedy set in a failing bakery where intergenerational and cross cultural solutions just might save the day.

The 23rd edition of the Portland Jewish Film Festival is produced by the Northwest Film Center and co-presented with the Institute for Judaic Studies and takes place June 14 to 28, 2015.

THE MUSES OF ISAAC BASHEVIS SINGER (preceded by REVERENCE)

A PLACE IN HEAVEN

A BORROWED IDENTITY (AKA DANCING ARABS)

THEODORE BIKEL: IN THE SHOES OF SHOLEM ALEICHEM

Trailer for SHOLEM ALEICHEM: LAUGHING IN THE DARKNESS

THE MYSTERY OF HAPPINESS