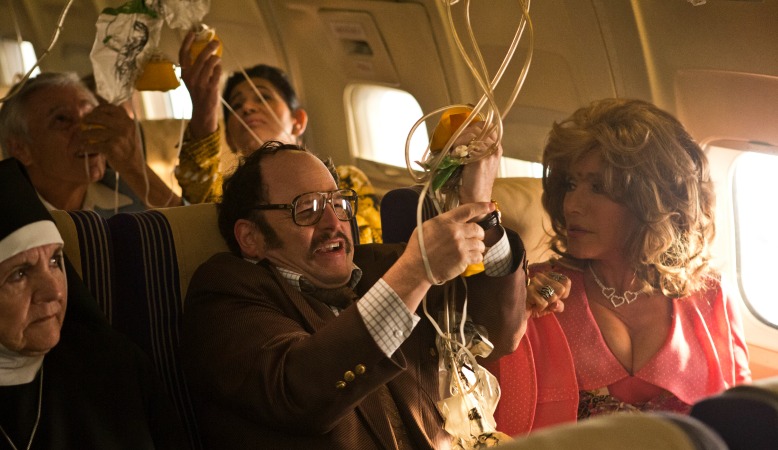 LUCKY STIFF will be released in New York City on July 24th, 2015, and also available to all U.S. and Canadian cable, satellite and digital platforms for a simultaneous day and date release.

The film is directed by Christopher Ashley (Tony nominated Broadway director of MEMPHIS, XANADU, ROCKY HORROR SHOW) with a screenplay and lyrics and music by the Tony Award winners and Academy Award nominated composer-lyricist team of Lynn Ahrens and Stephen Flaherty (RAGTIME, ROCKY THE MUSICAL, ONCE ON THIS ISLAND. The film is produced by Victor Symris (PSYCHO BEACH PARTY) and J. Todd Harris (Broadway’s DOCTOR ZHIVAGO, off Broadway’s HEAHERS THE MUSICAL, Academy nominated THE KIDS ARE ALLRIGHT, BOTTLE SHOCK.) 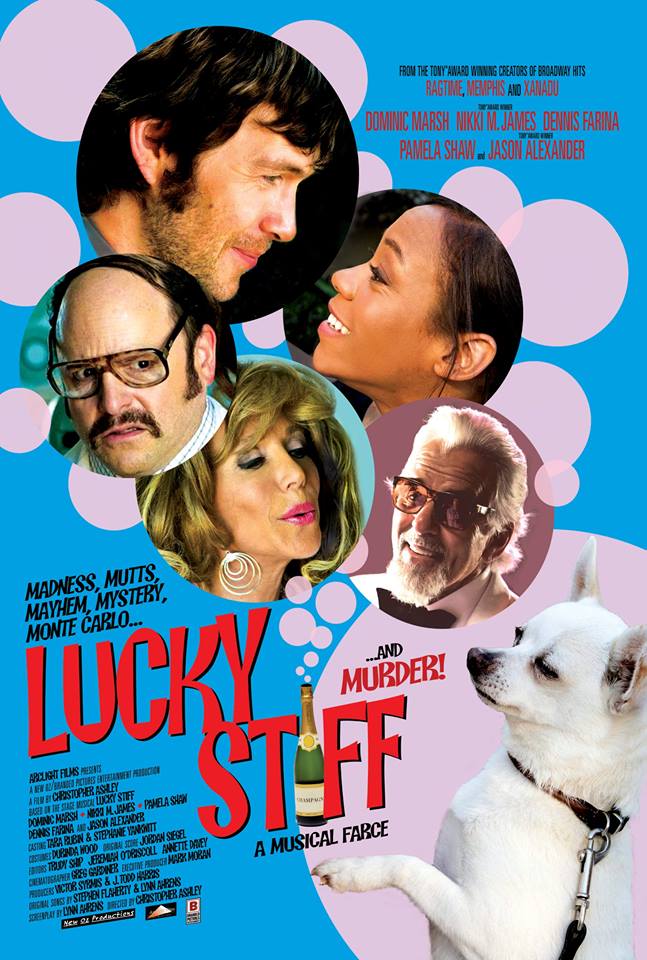 Lucky Stiff is a musical comedy with a romantic heart. A young down and out British show salesman named harry Witherspoon (Dominic Marsh) takes his dead American uncle (Don Amendolia) to Monte Carlo for the best time of his life – a week of fun, dancing, gambling and sun. If the young man fulfills his dead uncle’s will to the letter, he will inherit 6 million dollars left to him. If he doesn’t, the money will go to the Universal Dog Home of Brooklyn. As Harry races from casino to nightclub to beach and bedroom with his dead uncle, he is chased by a desperate put-upon optometrist (Jason Alexander) his controlling myopic trigger happy sister (Pamela Shaw) a mysterious Italian playboy (Dennis Farina) as well as young woman from Brooklyn (Nikki M James) dead set on getting that money for he dogs. Guns go off, disguises go on, champagne corks pop romance blossoms, dogs bark and everyone sings!