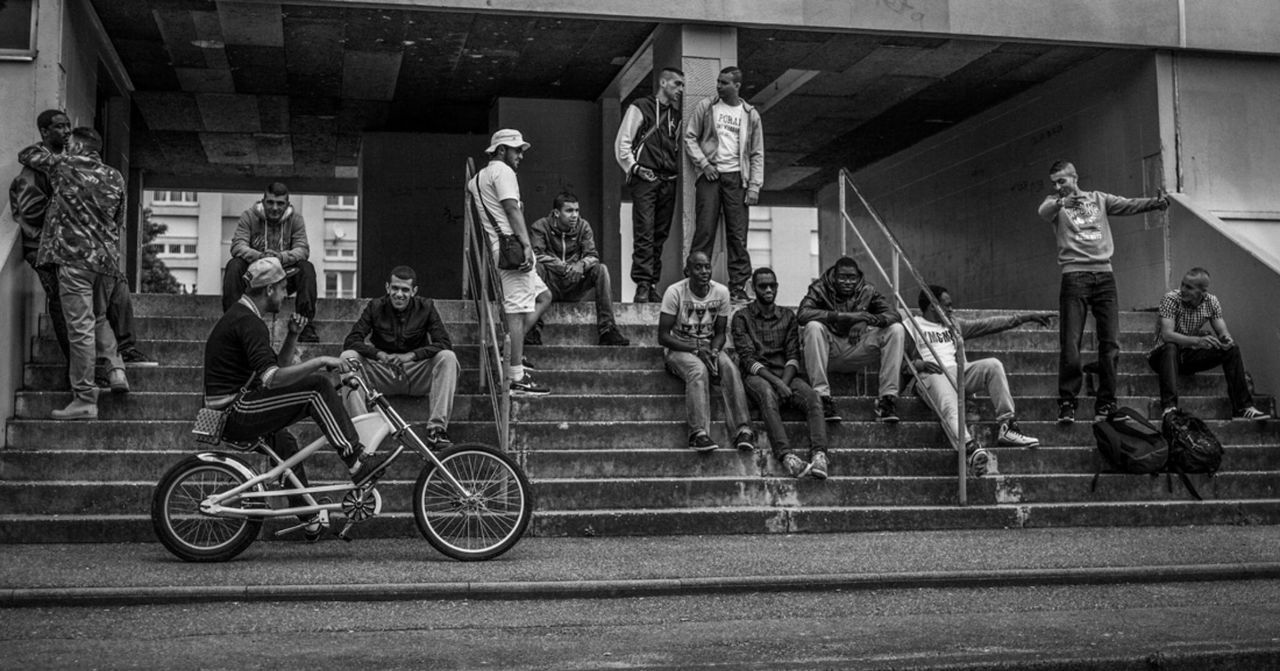 Here is the new trailer for rapper and spoken word artist, Abd Al Malik’s feature directorial debut, “May Allah Bless France,” adapted from his autobiographical book of the same name, that tells the story of Régis, the offspring of African immigrants in France, who is raised, with his two brothers, by his Catholic mother in the high-rise, underprivileged hinterlands of Strasbourg. Between deliquency, rap and Islam, he discovers love and finds his true path.

Strand Releasing has set an August 11, 2015 US theatrical release date.

Celebrated rapper and spoken word artist Abd Al Malik makes his directorial debut with May Allah Bless France!, a candid account of his early life and artistic awakening that earned him the FIPRESCI Discovery Prize at the 2014 Toronto International Film Festival. Born Régis Fayette-Mikano to Congolese immigrants, he grew up in Strasbourg’s housing projects, participating in petty crimes that cost the lives of his friends. He found release in writing and performance, converting to Sufism at age 24 and penning the memoir that informed this adaptation. Marc Zinga ably inhabits the role of young Régis, movingly limning his journey to redemption. Shot in black and white, the film visually and thematically recalls Mathieu Kassovitz’s seminal urban crime drama La Haine. Nominated for two César Awards including Best Debut Feature. [filmlinc]