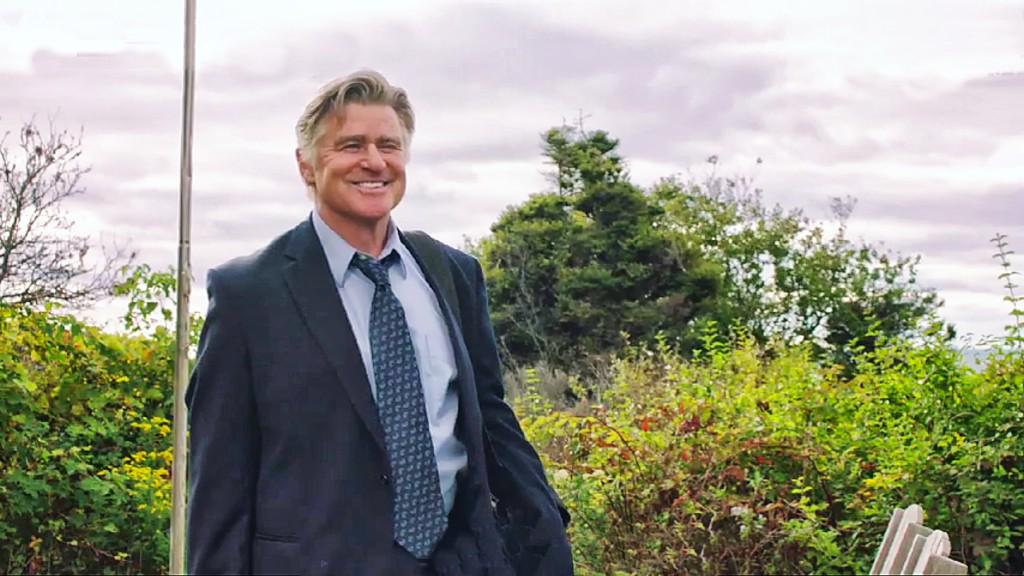 The Congressman starring Treat Williams (Hair, Prince of the City) as Maine Congressman Charlie Winship, who’s having a bad day, will screen as a work in progress in the “centerpiece” slot of the 2015 Maine International Film Festival.

After being caught on video failing to stand and recite the pledge of allegiance, Maine Congressman Charlie Winship knocks out another House member, confronts his angry ex-wife, and faces denunciation by the media for attacking one of the most cherished patriotic symbols in America. As his life spirals out of control, Charlie embarks on a journey to the remote Maine island whose eccentric inhabitants are in the middle of a shooting war in defense of their fishing grounds.

The film was written and co-directed by Robert Mrazek, a five term New York congressman who now lives at least half the year on Monhegan himself. “Monhegan was a transformational experience both for me and my family. We usually went up there to stay in December and January when Congress was not in session. Our children went to the island school,” says Mrazek.

The screenplay of The Congressman was partly inspired by Mrazek’s admiration for the people of Monhegan and their fight to save their way of life by going to the state capitol and lobbying successfully to have their common law fishing grounds certified as their own after experiencing a “lobster war” that led to the sinking of boats and the cutting of trap lines. “I was profoundly affected by the fundamental difference between the cultures of Washington and this remote island, where people pulled together regardless of personal differences, and where self-reliance was the watchword of everyday living. It changed my children for the better. It changed me too,” says Mrazek.