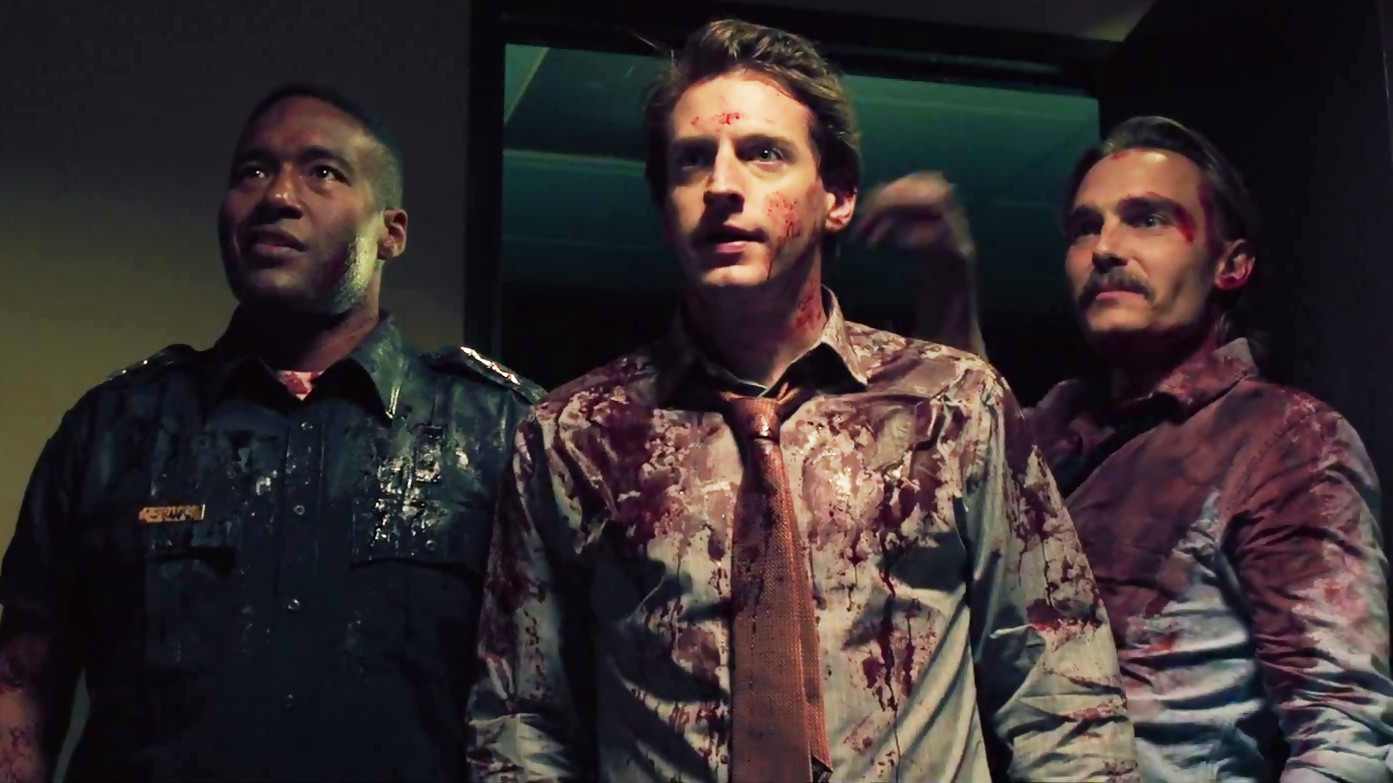 The hilarious, blood-spattered indie film BLOODSUCKING BASTARDS which World Premiere earlier this year as the opening night film of the Slamdance Film Festival 2015, will open in select theaters and VOD 0n September 4th.

Bloodsucking Bastards takes audiences on a hilarious, blood-spattered roller coaster ride in the most terrifying locale of all: the American workplace. The film stars Fran Kranz as Evan Sanders, a low-level, dutiful employee stuck in a boring job at a soul-killing every corporation. Evan’s the kind of guy who does all the work and gets none of the credit, but at least he gets to spend his days with his beautiful co-worker/girlfriend Amanda (Emma Fitzpatrick) and his slacker best friend Tim (Joey Kern), so he soldiers on in the hope of one day getting his coveted sales director position.

Unfortunately, it all falls apart in one fell swoop when Amanda breaks up with him and Evan’s boss Ted (Joel Murray) hands his promotion to his college nemesis Max (Pedro Pascal). And it isn’t just their sordid past Evan has to deal with. After his fellow officemates start going through disturbing changes (which, paradoxically, make them better employees) and bodies begin to pile up, Evan learns the horrible truth: Max is a vampire. And even worse… a vamp with a plan.

Evan must find a way to stop the evil brewing amidst the cubicles, expose Max as the bloodsucking bastard that he is, and save his pals before his life and career go from dead-end…to just dead.

Directed by Brian James O’Connell and penned by the popular comedy troupe Dr. God and Ryan Mitts, Bloodsucking Bastards recently made its world premiere as the opening night film at the Slamdance Film Festival 2015.

Skateboarding Film WE ARE BLOOD to Premiere in August 2015 | TRAILER