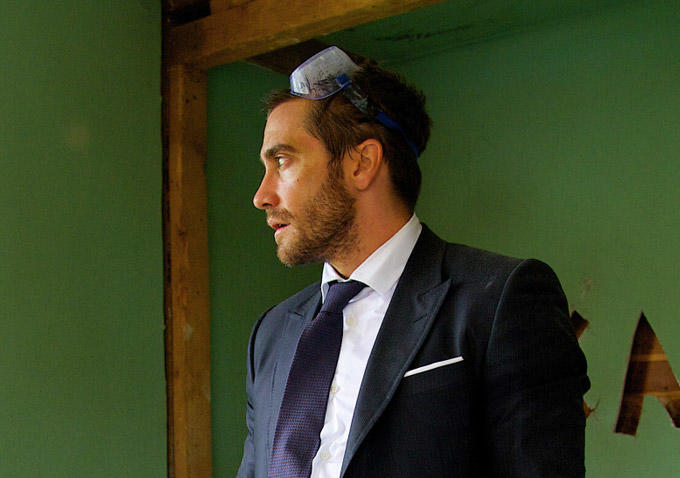 “Over the years the Festival has been proud to present Jean-Marc Vallée’s feature films including Black List, C.R.A.Z.Y., Café de Flore, The Young Victoria, Dallas Buyers Club and Wild,” said Piers Handling, Director and CEO of TIFF. “Vallée is a proud Canadian with a distinct and powerful filmmaking voice and we can’t wait to share his latest film with Festival audiences on Opening Night.”

“Vallée has a tradition of presenting strong characters who are on journeys to self-discovery and redemption, and is the only filmmaker in our history to present both an opening and a closing night film at the Festival,” said Cameron Bailey, Artistic Director, Toronto International Film Festival. “This film tells the story of a man who deals with loss in unexpected ways, and is brought to life on screen through sensitive and commanding performances by Gyllenhaal, Watts, Cooper and newcomer Lewis.”

“I can’t think of a better place to introduce Demolition to the world than at home. That’s how I feel about TIFF,” said Vallée. “You make me feel at home, and I am grateful and honoured to have my film as the opener for the Festival’s 40th anniversary.”

In Demolition, a successful investment banker, Davis (Gyllenhaal), struggles after losing his wife in a tragic car crash. Despite pressure from his father-in-law to pull it together, Davis continues to unravel. What starts as a complaint letter to a vending machine company turns into a series of letters revealing startling personal admissions. Davis’ letters catch the attention of customer service rep
Karen (Watts) and, amidst emotional and financial burdens of her own, the two strangers form an unlikely connection. With the help of Karen and her son, Davis starts to rebuild, beginning with the demolition of the life he once knew.