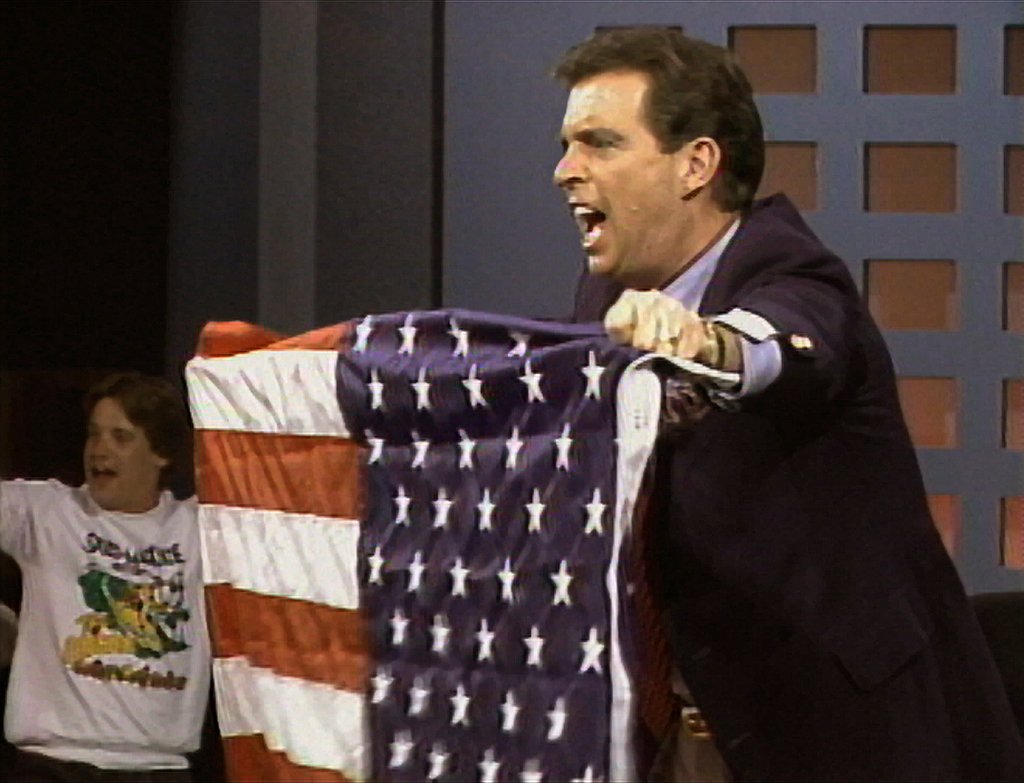 The documentary EVOCATEUR: The Morton Downey Jr. Movie will premiere tonight, Thursday, Aug. 13 at 9:00pm Eastern on CNN/U.S.  The riveting story traces the populist rise and rollercoaster career of the shock host who upended the previously polite and predictable talk show format forever. Before there was Glenn Beck or Geraldo Rivera or Rush Limbaugh, there was Morton Downey, Jr., who ignited the dawn of ‘mad-as-hell and not going to take it anymore’ television with conservative, provocative talk that made him a late night TV folk hero during the late 1980s. The film first premiered at the 2012 Tribeca Film Festival.

Along the way, the filmmakers reveal new insights into a persistent mystery about an incident that effectively ended Downey’s television career: did Downey actually stage a brutal attack on himself, allegedly by skinheads, in a misguided attempt to regain some of his notoriety?