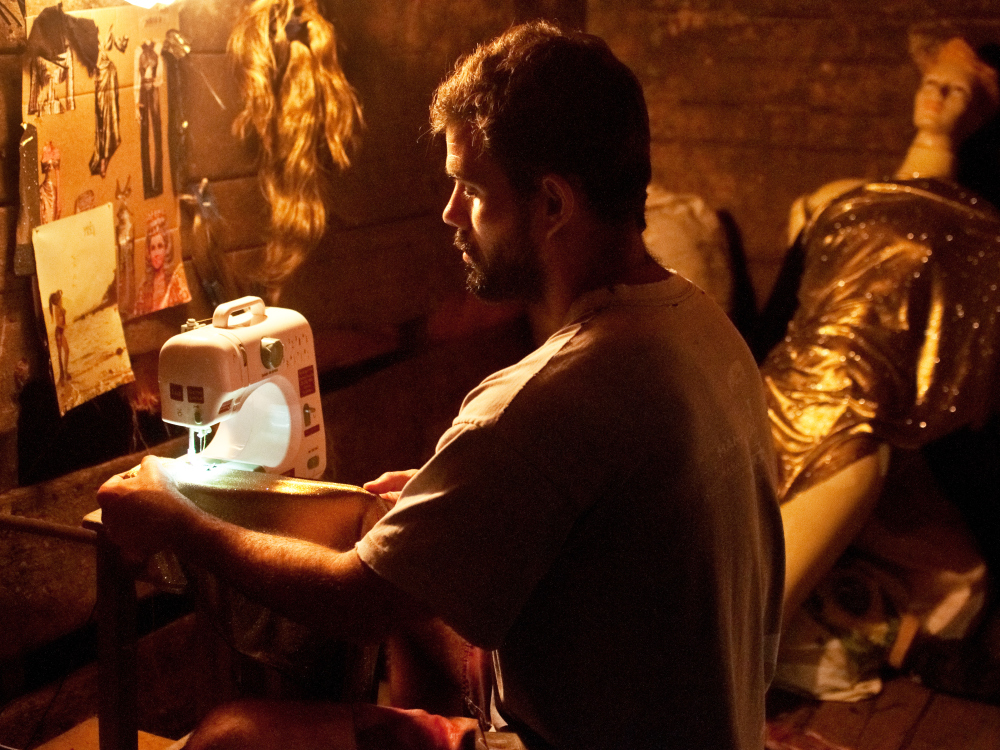 The 40th Toronto International Film Festival revealed the inaugural lineup for Platform, the new juried program that champions director’s cinema from around the world.

“We created this new program as a way to sharpen our focus on artistically ambitious cinema in our 40th year and we are thrilled to be able to put the spotlight on these 12 brilliant filmmakers this September,” said Piers Handling, Director and CEO of TIFF. “They are major creative forces: the next generation of masters whose personal vision will captivate audiences, industry members and media from around the world.”

“Each of the filmmakers in the program fearlessly transforms a wide range of compelling realities through their unique visual and narrative styles, and they do so with incredible command and precision,” said Cameron Bailey, Artistic Director of the Toronto International Film Festival. “From a stark coming-of-age story, a retro-futuristic science-fiction and a lyrical post-western to an abduction thriller, a raw documentary and hard-hitting and topical dramas, this lineup reflects the diversity of international directors’ cinema today.”

An international jury composed of acclaimed filmmakers Jia Zhang-ke, Claire Denis and Agnieszka Holland will award the Toronto Platform Prize ($25,000 CAD) to the best film in the program, which will be announced at the Awards Ceremony on September 20, 2015.

Bang Gang (A Modern Love Story)
Eva Husson, France
World Premiere
Biarritz. Sixteen-year-old George, a beautiful high-school student, falls in love with Alex. To get his attention, she initiates a group game with Alex, Nikita, Laetitia and Gabriel during which they will discover, test, and push the limits of their sexuality. Through scandals, love and the breakdown of their value systems, each of them manages this intense period in radically different ways. Starring Daisy Broom, Fred Hotier, Lorenzo Lefebvre, Marilyn Lima, and Finnegan Oldfield.

Within a typical family home in the traditional neighborhood of San Isidro, a sinister clan makes its living off kidnapping and murder. Arquímedes, the patriarch, heads and plans the operations. Alejandro, his eldest son, is a star rugby player who gives into his father’s will and identifies possible candidates for kidnapping. To a greater or lesser extent, the members of the family are accomplices in this dreadful venture as they live off the benefits yielded by the large ransoms paid by the families of their victims. Based on the true story of the Puccio family, this film full of suspense and intrigue takes place in the context of the final years of the Argentine military dictatorship and incipient return to democracy. Starring Guillermo Francella and Peter Lanzani.

French Blood (Un Français)
Diastème, France
International Premiere
This is the story of a Frenchman, born in 1965 on the outskirts of Paris. The story of a skinhead, who hates Arabs, Jews, blacks, communists and gays. An anger that will take 30 years to die out. A bastard, who will take 30 years to become someone else. And he will never forgive himself for it. Starring Alban Lenoir, Paul Hamy, Samuel Jouy and Patrick Pineau.

Full Contact
David Verbeek, Netherlands/Croatia
World Premiere
A contemporary tale of a man who accidentally bombed a school through a remotely operated drone plane. Modern warfare keeps Ivan safe and disconnected from his prey. But after this incident, this disconnectedness starts to apply to everything in his life. He is unable to process his overwhelming feelings of guilt, but needs to open up to his new love Cindy. Only by facing his victims can he rediscover his humanity and find a new purpose in life. Starring Grégoire Colin, Lizzie Brocheré and Slimane Dazi. 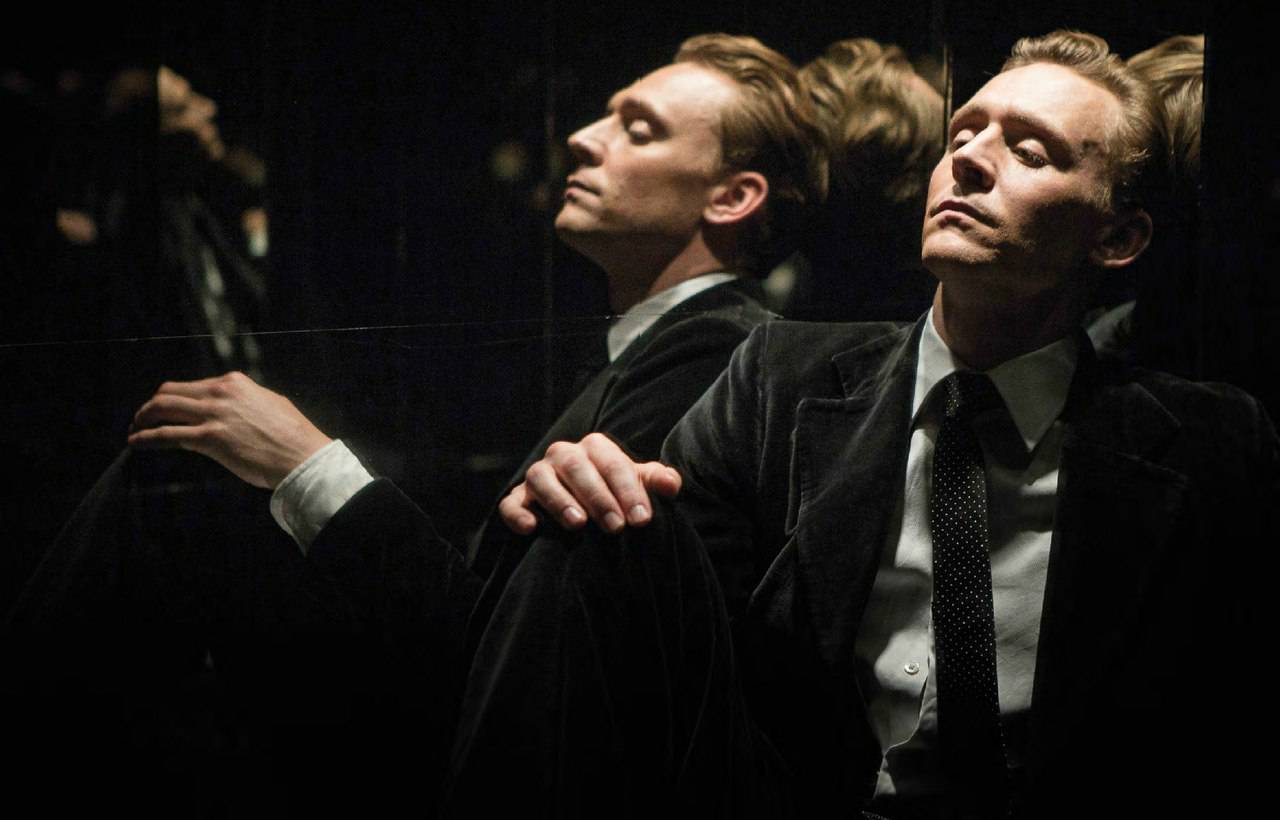 1975. Two miles west of London, Dr. Laing moves into his new apartment seeking soulless anonymity, only to find that the building’s residents have no intention of leaving him alone. Resigned to the complex social dynamics unfolding around him, Laing bites the bullet and becomes neighborly. As he struggles to establish his position, Laing’s good manners and sanity disintegrate along with the building. The lights go out and the elevators fail but the party goes on. People are the problem. Booze is the currency. Sex is the panacea. Starring Tom Hiddleston, Jeremy Irons, Sienna Miller, Luke Evans and Elisabeth Moss.

HURT
Alan Zweig, Canada
World Premiere
Steve Fonyo is a one-legged cancer survivor who completed a cross-Canada run raising $13 million in 1985. The next 30 years were straight downhill: petty theft, larceny and drug addiction. The run has nothing to do with the life of this one-time hero, and everything to do with it. Starring Steve Fonyo.

Land of Mine (Under Sandet / Unter dem Sand)
Martin Zandvliet, Denmark/Germany
World Premiere
A story never told before. WWII has ended. A group of German POWs captured by the Danish army, boys rather than men, are forced into a new kind of service under the command of a brusque Danish Sergeant. Risking life and limbs, the boys discover that the war is far from over. Starring Roland Møller, Louis Hofmann, Joel Basman, Emil Buschow, Oskar Buschow and Mikkel Boe Følsgaard.

Looking for Grace
Sue Brooks, Australia
North American Premiere
Grace, 16, runs away from home. Her parents, Dan and Denise, head off on the road across the Western Australian wheat belt with a retired detective, Norris, to try and get her back. But life unravels faster than they can put it back together. Grace, Dan and Denise learn that life is confusing and arbitrary, but wonderful. Starring Richard Roxburgh, Radha Mitchell, Odessa Young and Terry Norris.

The Promised Land (Hui Dao Bei Ai De Mei Yi Tian)
He Ping, China
World Premiere
Ai Ling, growing up in a small town, loses her fiancé Jiang He in Beijing. After returning to her hometown with a broken heart, she has to face all the complications life and love have in store for her. Starring Jiajia Wang, Yi Zhang, and Zhiwen Wang.

Sky
Fabienne Berthaud, France/Germany
World Premiere
Romy is on holiday in the USA with her French husband, but the journey quickly turns into a settling of old scores for this worn out couple. After a huge argument, Romy decides to break free. She cuts her ties to a stable and secure life that has become alienating and escapes to the unknown. Drifting through a noisy Las Vegas to the wondrous high desert, she goes on with her solitary journey, abandoning herself to her sole intuitions and making it up as she goes. Liberated, she will cross paths with a charismatic and solitary man, with whom she’ll share an inconceivable but pure love. Starring Diane Kruger, Norman Reedus, Gilles Lellouche, Lena Dunham and Q’orianka Kilcher.

The White Knights (Les Chevaliers Blancs)
Joachim Lafosse, France/Belgium
World Premiere
Critically acclaimed Joachim Lafosse brings to the screen the Zoe’s Ark controversy which made headlines in 2007: a story about the limits of the right of interference. Jacques Arnault, head of Sud Secours NGO, is planning a high impact operation: he and his team are going to exfiltrate 300 orphans, victims of Chadian civil war and bring them to French adoption applicants. Françoise Dubois, a journalist, is invited to come along with them and handle the media coverage for this operation. Completely immersed in the brutal reality of a country at war, the NGO members start losing their convictions and are faced with the limits of humanitarian intervention. Starring Vincent Lindon, Valérie Donzelli, Reda Kateb, Louise Bourgoin and Rougalta Bintou Saleh.