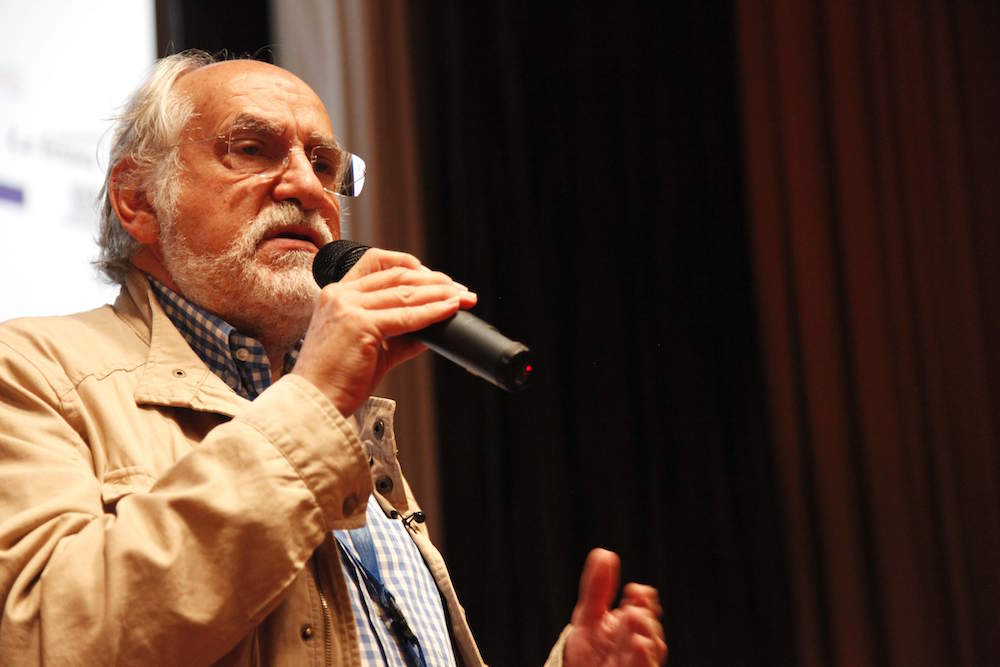 Mexican director Arturo Ripstein will be honored at the upcoming 72nd Venice International Film Festival as celebration of his fiftieth year as a filmmaker. The ceremony will take place on the night of the presentation of his latest film, La calle de la amargura.

The Director of the Venice Film Festival Alberto Barbera stated: “Arturo Ripstein is the most vital, tenacious and original director of the generation that made its debut in the mid-Sixties, the heir of the golden age of Mexican studio films and the forerunner of the new generation of contemporary authors such as Carlos Reygadas, Guillermo del Toro and Nicolas Pereda, each of whom in their own way, recognizes the profound debt that they owe to his work. In his so many unforgettable films, most of them co-written with Paz Alicia Garciadiego, Ripstein has brought to life a restless and afflicted universe, populated with characters pathetically on the verge of the abyss into which they are destined to fall. The strange blend of beauty and brutality, compassion and violence, irony and sadness, adds a wholly personal dimension to his cinema, which delves its roots into popular tragedy and the atmospheres of melodrama, which he cleverly re-elaborates. These elements are also to be found, their power and beauty intact, in his latest film, which the Venice Film Festival has the pleasure of presenting in its world premiere screening”.

The awards ceremony for this honor will take place before the screening of the film, which is scheduled for Thursday September 10th, in the Palazzo del Cinema’s Sala Grande.