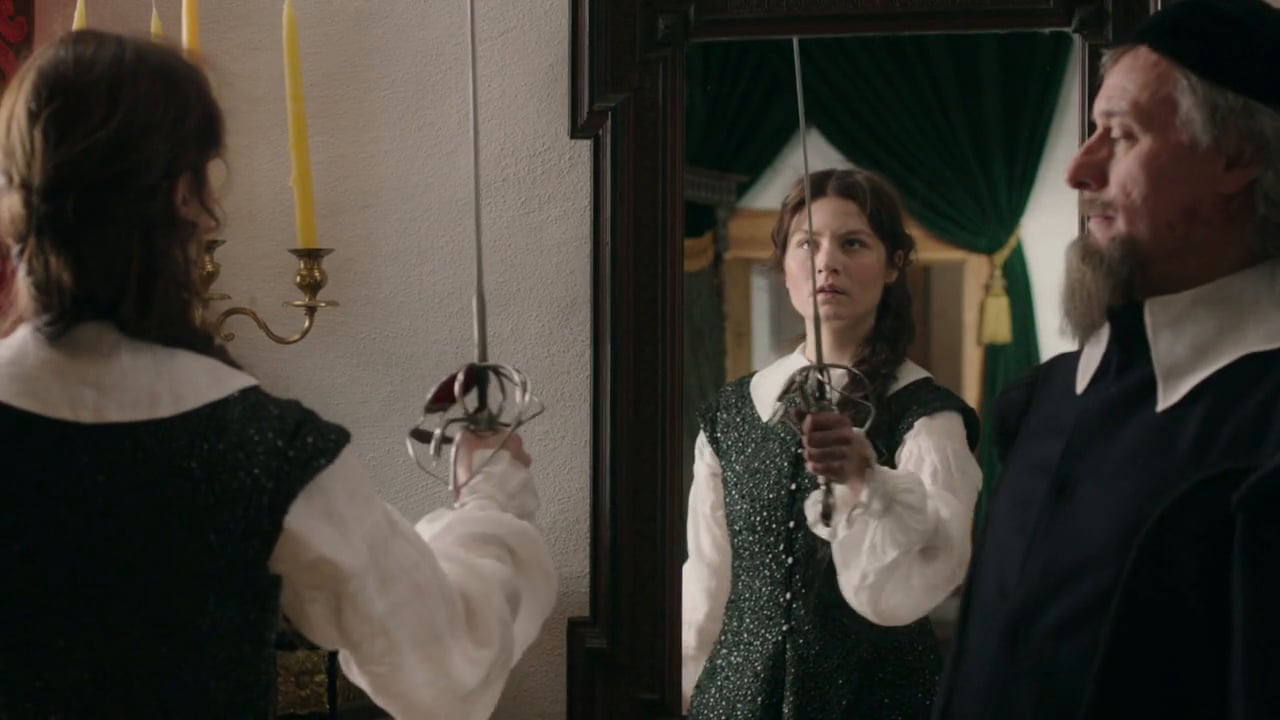 The Montreal World Film Festival has added the world premiere of The Girl King, directed by Mika Kaurismäki to its official competition.  “I was seduced by Michel-Marc Bouchard’s script,” says producer Arnie Gelbart. “It’s an unusual story of an extraordinary woman. The characters are very contemporary, young, ambitious and full of passion, torn between duty and desire, and it’s all been brought to the screen by a great director.” The international cast features Swedish stars Malin Buska and Michael Nyqvist, Canadians Sarah Gadon and Lucas Bryant, Finnish actress Laura Birn, French actor Hippolyte Girardot, veteran Belgian actor Patrick Bauchau and German actors Peter Lohmayer and Martina Gedeck. The Quebecer François Arnaud is also part of the cast and Guy Dufaux was the director of photography. The English version of the script has been written by awarded Linda Gaboriau.

The Girl King was scripted by Quebec playwright Michel-Marc Bouchard who had great success in 2012 with his play on the life of Queen Christina of Sweden when it was staged in Montreal TNM and later at the Stratford Festival.

It’s the 1600s and Queen Christina is set on making Sweden the most sophisticated country in Europe. Having been raised as a prince under strict Lutheran control, the enigmatic, flamboyant, and unpredictable queen faces powerful resistance in her quest to educate her subjects and end the bloody Thirty Years War between the Protestants and Catholics. Amidst all this, Christina struggles to come to terms with an irresistible passion for her lady in waiting, the stunning Countess Ebba Sparre. Her quest to understand love runs parallel with her quest to understand humanity and the violent and restrictive forces conspiring against her. Torn between the conflict of political and personal aspirations, Christina chooses to make one of the most controversial decisions in history.

Born in Orimattila, Finland in 1955, Mika Kaurismäki studied film in Germany and his first film, his graduation production, THE LIAR (1980), was an overnight sensation; it marked the beginning of the cinema of the Kaurismäki brothers and started a new era in the Finnish cinema. Eventually, Mika established a base and second home in Brazil and concentrated on international co-productions, among them, CONDITION RED (1995), L.A. WITHOUT A MAP (1998), HONEY BABY (2004), BRASILEIRINHO (2005, shown at the MWFF), THREE WISE MEN (2008), BROTHERS (2011) and ROAD NORTH (2012).