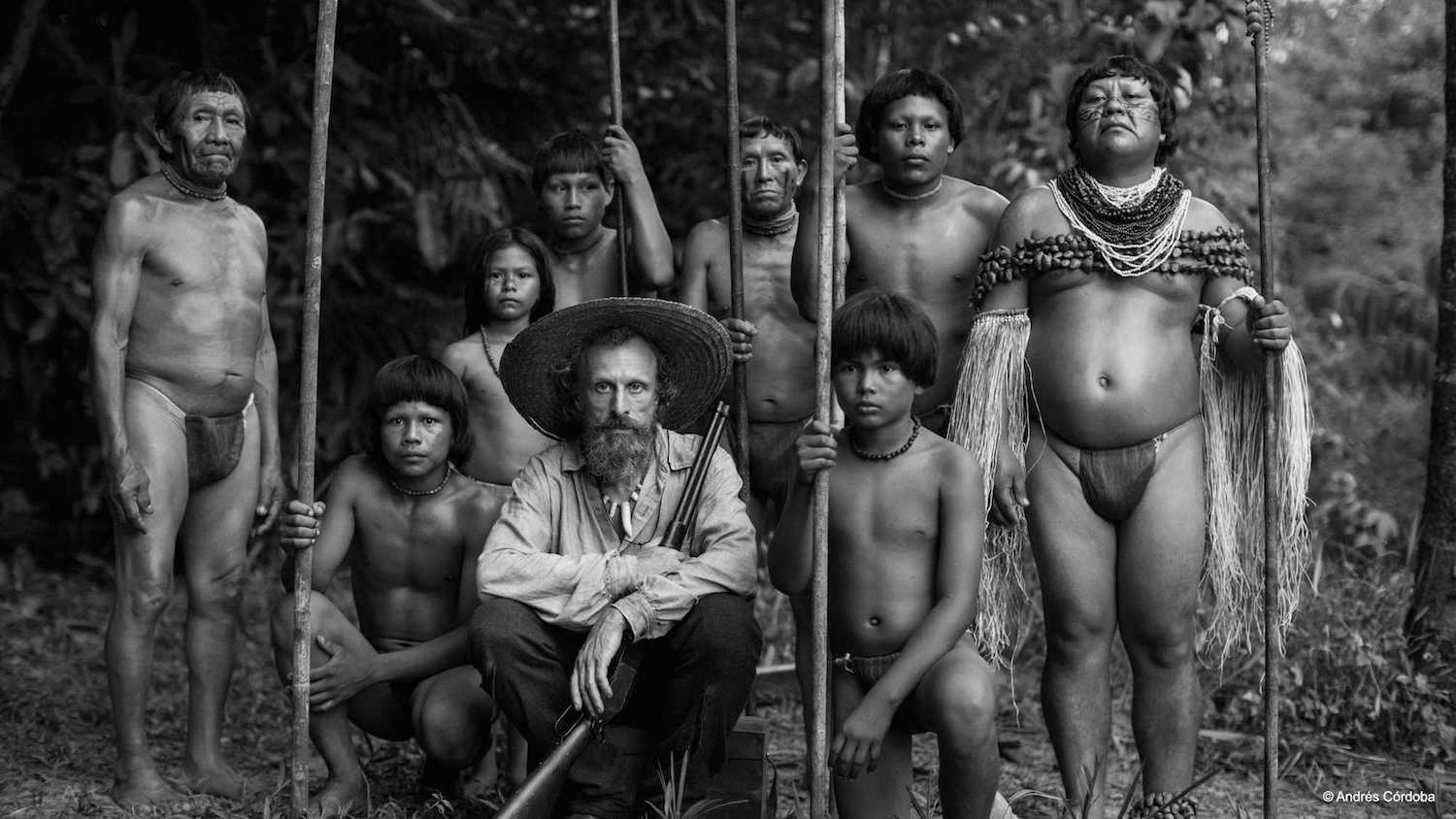 EMBRACE OF THE SERPENT (El abrazo de la serpiente) by Colombian director Ciro Guerra, and winner of the Art Cinema award in Directors’ Fortnight section of the 2015 Cannes Film Festival will be released in the US via Oscilloscope Laboratories. The film is scheduled for an early 2016 theatrical release.

Filmed in black and white, and starring Jan Bijvoet, Brionne Davis, Nilbio Torres Antonio Bolivar, Yauenkü Migue, EMBRACE OF THE SERPENT tells the epic story of the first contact, encounter, approach, betrayal and, eventually, life-trascending friendship, between Karamakate, an amazonian shaman, last survivor of his people, and two scientists that, over the course of 40 years, travel through the Amazon in search of a sacred plant that can heal them. Inspired by the journals of the first explorers of the Colombian Amazon, Theodor Koch-Grunberg and Richard Evans Schultes.

Ciro Guerra (b. 1981, Río de Oro, Colombia) studied film and television at the National University of Colombia. He made several award-winning shorts and, aged 21, debuted with the feature film The Wandering Shadows (La sombra del caminante, 2004), which won an award at the San Sebastián IFF. He followed this up with The Wind Journeys (Los viajes del viento), which was premiered at Cannes in 2009 in the Directors’ Fortnight section. Both films were subsequently screened at numerous IFFs (including Cannes, Toronto, Rotterdam, Tribeca and Locarno), winning 40 international awards; they were also chosen as Colombia’s Academy Award submissions and have been distributed in twenty countries. The Wind Journeys was selected by critics as one of the top ten most important works in Colombian film history. Embrace of the Serpent is the director’s third film.