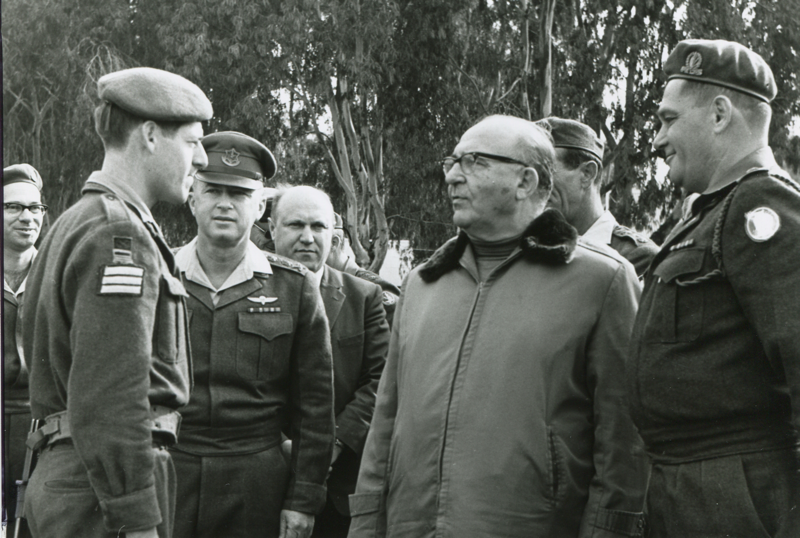 THE PRIME MINISTERS: Soldiers and Peacemakers, the follow up to the critically acclaimed “The Prime Ministers: The Pioneers”,  will open at the AMC Empire in New York on Friday, October 9, and at the Royal in Los Angeles and Town Center in Encino on Wednesday, October 14. A national release will follow.

Directed by Richard Trank, the documentary film, THE PRIME MINISTERS: Soldiers and Peacemakers, the fourteenth production of the Simon Wiesenthal Center’s two-time Academy Award®- winning Moriah Films, follows the experiences of the late Ambassador Yehuda Avner during the years he worked for Prime Ministers Yitzhak Rabin and Menachem Begin. Based on Ambassador Avner’s best-selling book, The Prime Ministers, the film examines Rabin’s election as the country’s first native born Israeli leader in 1974, his negotiating the first bilateral treaty between Israel and Egypt in 1975, the dramatic events surrounding Israel’s rescue of hostages in Entebbe in 1976, the tense relationship between newly elected US President Jimmy Carter and Rabin, and Rabin’s subsequent downfall in a financial scandal involving his wife Leah. The movie also explores Ambassador Avner’s decision to work for Menachem Begin when he surprised the world in 1977 by being elected the Prime Minister of Israel. It looks at the drama behind Anwar Sadat’s historic visit to Jerusalem, the Camp David negotiating process, the difficult relationship between President Carter and Menachem Begin as well as the tense relations that arose between Begin and President Reagan over the 1982 Lebanon War. The documentary also recounts Begin’s decline after the death of his beloved wife Aliza, and Yehuda Avner’s career as a diplomat in the UK and Australia before returning to Israel to work with Yitzhak Rabin not long before his assassination in 1995, after he had been elected a second time as Israel’s Prime Minister.

Starring the voices of Michael Douglas as Yitzhak Rabin and Christoph Waltz as Menachem Begin and introducing Nicola Peltz as the voice of Esther Cailingold, THE PRIME MINISTERS: Soldiers and Peacemakers is full of emotion and rich history with rare, never before seen photos and film footage.

THE PRIME MINISTERS: Soldiers and Peacemakers