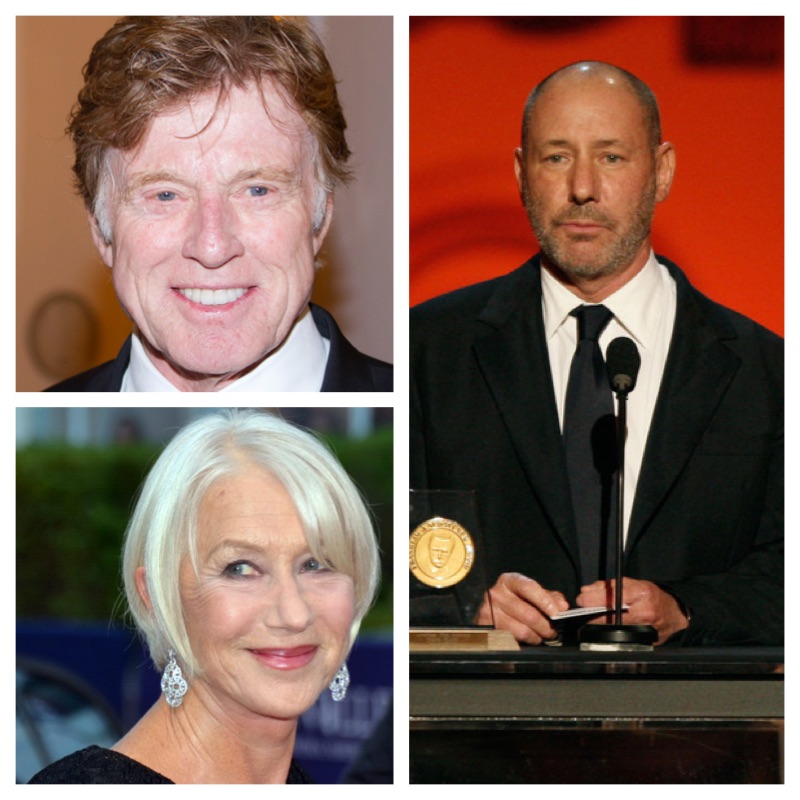 Robert Redford and Helen Mirren will be presented with Actor and Actress Tributes at the 2015 IFP Gotham Independent Film Awards set for Monday, November 30th at Cipriani Wall Street in New York City. Steve Golin will be awarded the Industry Tribute. They will join Todd Haynes, the previously announced Director Tribute recipient.

“We are thrilled to recognize the careers and achievements of such lauded industry veterans as Robert Redford, Helen Mirren, and Steve Golin as part of our 25th anniversary celebrations,” said Joana Vicente, Executive Director of IFP and the Made in NY Media Center. “To celebrate these individuals who have contributed so much to the independent film community and to the entertainment world at large – and in such a landmark year for the Gothams – is truly an honor.”

For the fifth year, IFP will present the euphoria Calvin Klein Spotlight on Women Filmmakers ‘Live the Dream’ grant, a $25,000 cash award for an alumnus of IFP’s Independent Filmmaker Labs. This grant aims to further the careers of emerging female directors by supporting the completion, distribution and audience engagement strategies of their first feature film. The 2014 winner of this grant was director, writer, and producer Chloé Zhao, whose film Songs My Brothers Taught Me premiered at the 2015 Sundance Film Festival. In addition, euphoria Calvin Klein will present the annual Best Actress award.