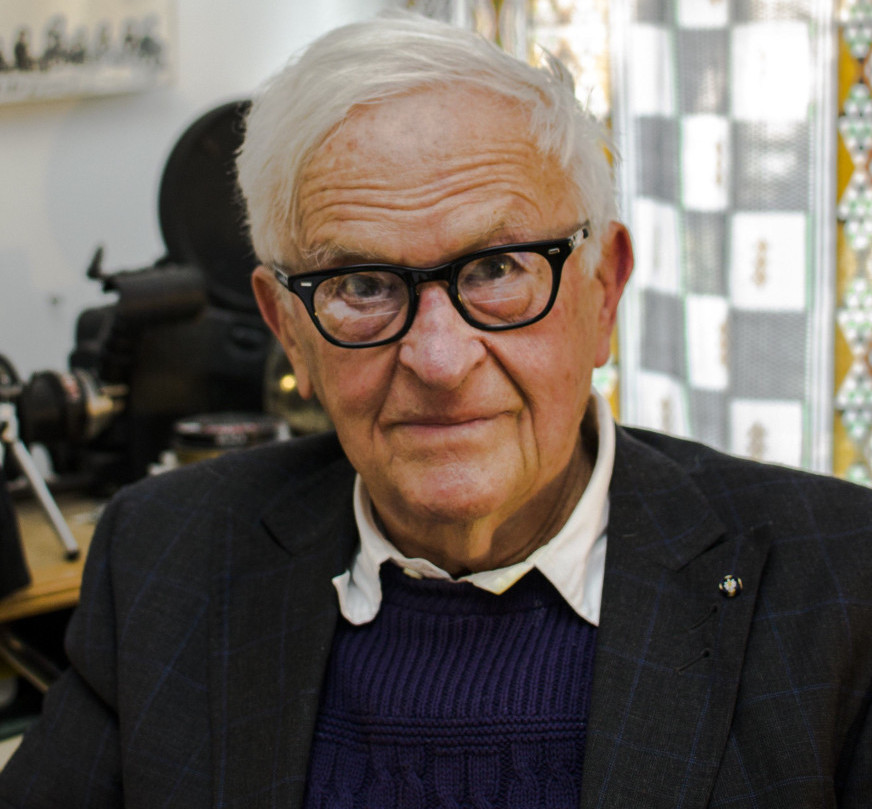 The Film Society of Lincoln Center will co-host a tribute to the late legendary documentarian Albert Maysles at Alice Tully Hall on Sunday, October 4 at 10AM. It will coincide with the 53rd New York Film Festival (September 25 – October 11), and all tickets will be free to the public. The event will be co-hosted by the Maysles family and will include special in-person appearances and a selection of clips to celebrate the work of this remarkable filmmaker. The event will also highlight Albert’s work with the Maysles Documentary Center, the nonprofit organization he started in Harlem in 2005.

New York Film Festival Director Kent Jones reflects on the filmmaker: “Al Maysles’s touch with the camera is as distinctive as Richter’s on the piano or Miles Davis’s with his horn. And his sensitivity to human energies is inseparable from his fierce love for the people he filmed—all those faces over all those years. Make that: for people, period. That love was with him to the very end. It was always great to see Al, to hang out with him. He was modest, thoughtful, and unfailingly generous, to young people in particular. In fact, he was so unassuming that it comes as a shock, still, to realize that he and his brother David were two of the people who actually opened up and expanded the art of cinema.”

Born in 1926, Albert Maysles was a pioneer of Direct Cinema and, along with his late brother, David, was the first to make nonfiction feature films in which the drama of life unfolds as is, without scripts, sets, interviews, or narration. Albert made his first film, Psychiatry in Russia (1955), as he transitioned from psychologist to filmmaker. Among his more than 40 films are some of the most iconic works in documentary history, including Salesman, Gimme Shelter, andGrey Gardens. In 2009, Albert directed the award-winning film Muhammad and Larry for ESPN’s series 30 for 30, Get Yer Ya-Ya’s Out!, and then reunited with Paul McCartney in 2011 for The Love We Make. Last year’s 52nd New York Film Festival presented the World Premiere of Maysles’s Iris, and his final film, In Transit, received the Special Jury Prize at the Tribeca Film Festival earlier this year. Albert has received a Guggenheim Fellowship, two Peabody Awards, three Emmy Awards, six Lifetime Achievement Awards, the Columbia DuPont Award, and the award for best cinematography at Sundance for LaLee’s Kin: The Legacy of Cotton (2001), which was also nominated for an Academy Award. Eastman Kodak has saluted him as one of the world’s 100 finest cinematographers. Albert received the 2013 National Medal of the Arts from President Barack Obama.