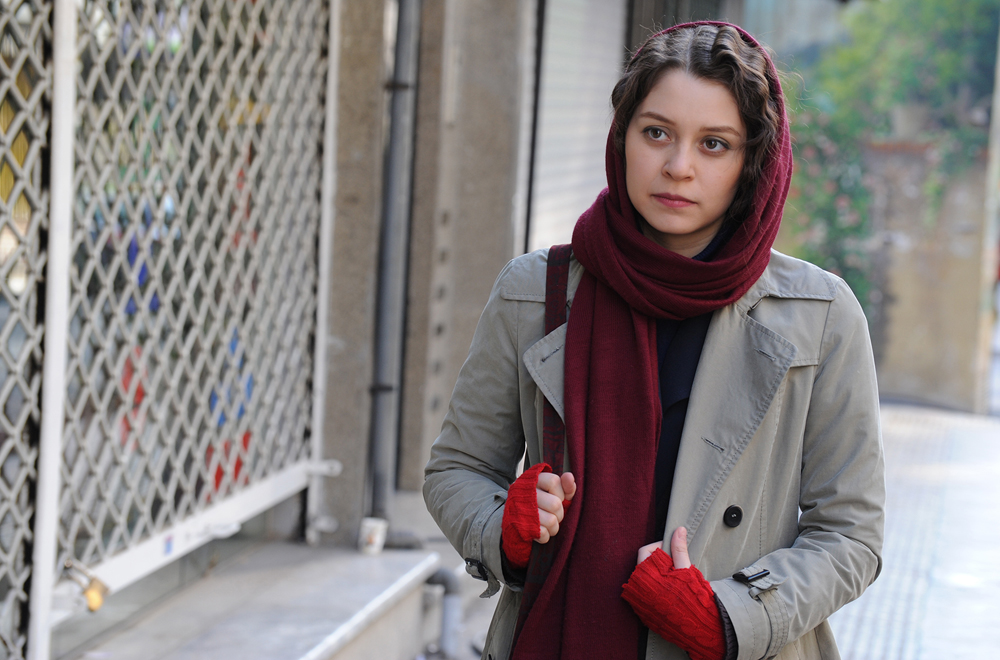 “It has been a great year for movies, so far. The sixteen films competing for the Gold Hugo are strong and diverse,” said Chicago International Film Festival Founder & Artistic Director Michael Kutza. “This year’s competition includes some of the most anticipated films of the season as well as new discoveries from around the world and we can’t wait to share them with Chicago.”

45 Years
Country: UK
Director: Andrew Haigh
Synopsis: On the eve of their 45th anniversary, a couple’s marital equilibrium is threatened when the husband’s past resurfaces in an unexpected way. Long-frozen secrets begin to thaw in this slow-burning domestic drama. Stars Tom Courtenay and Charlotte Rampling both won top honors at the Berlin Film Festival for their gripping performances.

Body (Cialo)
USA PREMIERE
Country: Poland
Director: Malgorzata Szumowska
Synopsis: Balancing bleakness and mirth in equal measure, Body chronicles three haunted souls in Warsaw: an icy coroner who suspects his dead wife may be trying to contact him; his anorexic, suicidal daughter; and her hospital therapist, who moonlights as a medium. Playing unexplained phenomena for dry laughs, like a hanged man who miraculously regains consciousness, the film is a morbidly funny guide to the Great Beyond.

A Childhood (Une Enfance)
USA PREMIERE
Country: France
Director: Philippe Claudel
Synopsis: In this tender, keenly observed look at growing up in poverty in small town France, 13-year-old Jimmy dreams of a bourgeois life with family vacations and games of tennis. Trapped in an unstable household with a drug-addicted mother and her criminal boyfriend, Jimmy is forced to grow up too quickly. Over the course of a sweltering summer, Jimmy must find moments of hope in a world full of strife.

Chronic
USA PREMIERE
Country: Mexico, France
Director: Michel Franco
A hospice nurse (Tim Roth) has a deeper connection to his patients than their own family members, but his above-and-beyond approach to emotional baggage shields his true problems from the outside world. Carrying traces of Amour, with stripped-down camerawork and naturalist performances, Michel Franco’s restrained medical drama peers into the darkness and wonders about the last person to hold our hands as we step through.

The Club (El Club)
USA PREMERE
Country: Chile
Director: Pablo Larrain
Synopsis: Winner of the Grand Jury Prize at the Berlin Film Festival, this unsettling drama from director Pablo Larraín (No) centers on a group of disgraced Catholic priests sequestered in a beach house. The tranquility of their anonymous daily routine is disturbed when a young man materializes with charges of abuse. The priests’ reaction to this unwanted interloper carries echoes of their institution’s shocking past.

Full Contact
USA PREMIERE
Country: Netherlands, Croatia
Director: David Verbeek
Synopsis: Working from an Air Force base in the Nevada desert, halfway across the world from his targets, an emotionally reserved drone operator (Grégoire Colin) grapples with the psychological ramifications of a missile attack gone awry. But then events take an unexpected and surreal turn. This bold, arresting thriller from visionary Dutch filmmaker David Verbeek is a piercing portrait of dehumanization in the age of modern warfare.

Looking For Grace
USA PREMIERE
Country: Australia
Director: Sue Brooks
Synopsis: Grace, a rebellious teenager from a rich family, leaves home to attend a concert several days away. Everyone – from Grace’s mother (Radha Mitchell) to the detective they hire to help track her – has secrets, fissures in seemingly perfect lifestyles. With a perspective-shifting script and gorgeous shots of rural Australia, the film is a surprising mystery about the wealthy and the damned.

Mountains May Depart
Country: China
Director: Jia Zhangke
Synopsis: In this penetrating dissection of modern China from award-winning filmmaker Jia Zhangke (A Touch of Sin), a young woman chooses to marry a wealthy capitalist over a coal miner and names her firstborn son “Dollar.” Across two continents, three chapters, and 25 years reaching into the near future, we watch one scattered family chase a vision of success that remains heartbreakingly out of reach.

My Golden Days (Trois souvenirs de ma jeunesse)
Country: France
Director: Amaud Desplechin
Synopsis: Returning from Tajikistan, Paul faces an interrogation that leads him to retrace three seminal moments from his past: his childhood, an eventful trip to the Soviet Union, and – most significantly – his love affair with the nymph-like Esther. This poetic Cannes award winner from French auteur Arnaud Desplechin unfolds as an intoxicating ode to romance.

Neon Bull (Boi Neon)
USA PREMIERE
Country: Brazil, Uruguay, Netherlands
Director: Gabriel Mascaro
Synopsis: In the rodeos of northeast Brazil, two cowboys try to corral a bull by the tail in a whirlwind of gallops and dust. But behind the scenes, ranch hand Iremar lives a quiet, lonely life, accompanying the bulls from town to town and dreaming of becoming a clothing designer. With a unique blend of lived-in social realism, impressionist imagery, and sweltering eroticism, Neon Bull – filmed almost entirely in static long takes – is a wildly unconventional look at Latin American machismo.

Paulina (La Patota)
USA PREMIERE
Country: Argentina, Brazil, France
Director: Santiago Mitre
Synopsis: Paulina, a young, idealistic lawyer, leaves her cushy job in the city to teach at a rural high school. Her deep-seated beliefs are shaken when some students commit a horrific crime and she is forced to take a stance. Anchored by a complex, nuanced performance from Dolores Fonzi, this blistering drama reconsiders the line between wealth and poverty, chaos and order, victim and survivor. Winner of the best film award in Critics’ Week at Cannes.

Schneider vs. Bax
USA PREMIERE
Country: The Netherlands
Director: Alex Van Warmerdam
Synopsis: In this hilariously deadpan cat-and-mouse game, hitman Schneider tries to finish an assignment in time to celebrate his birthday with his family. But the target, drug-addicted writer Bax (writer-director Alex Van Warmerdam), is packing too. An endless parade of unexpected visitors at Bax’s swamp cabin turns this showdown into an entertaining, intricate puzzle – and, for Schneider, one heck of a headache.

Sweet Bean (An)
USA PREMIERE
Country: Japan
Director: Naomi Kawase
Synopsis: Red bean paste is the filling in this poignant tale of life, compassion, and sweet endings. An uninspired red bean pancake chef is re-energized when a plucky septuagenarian’s irresistible homemade recipe makes his snacks a local hit. Both characters use their creations, photographed in mouth-watering close-up, to rebuild from traumatic pasts. The latest from poetic Japanese auteur Naomi Kawase is a delectable philosophical dish.

A Very Ordinary Citizen (Yek Shahrvand-e Kamelan Maamouli)
WORLD PREMIERE
Country: Iran
Director: Majid Barzegar
Synopsis: Mr. Safari, an 80-year-old pensioner, lives alone and without direction. When his son, living abroad, tries to arrange for his elderly father to visit him, Mr. Safari becomes dangerously obsessed with a local female travel agent who is hired to help. Co-written by acclaimed filmmaker Jafar Panahi (Crimson Gold, Taxi), this provocative story delivers a quietly powerful statement about loneliness and those who get left behind in contemporary Tehran.