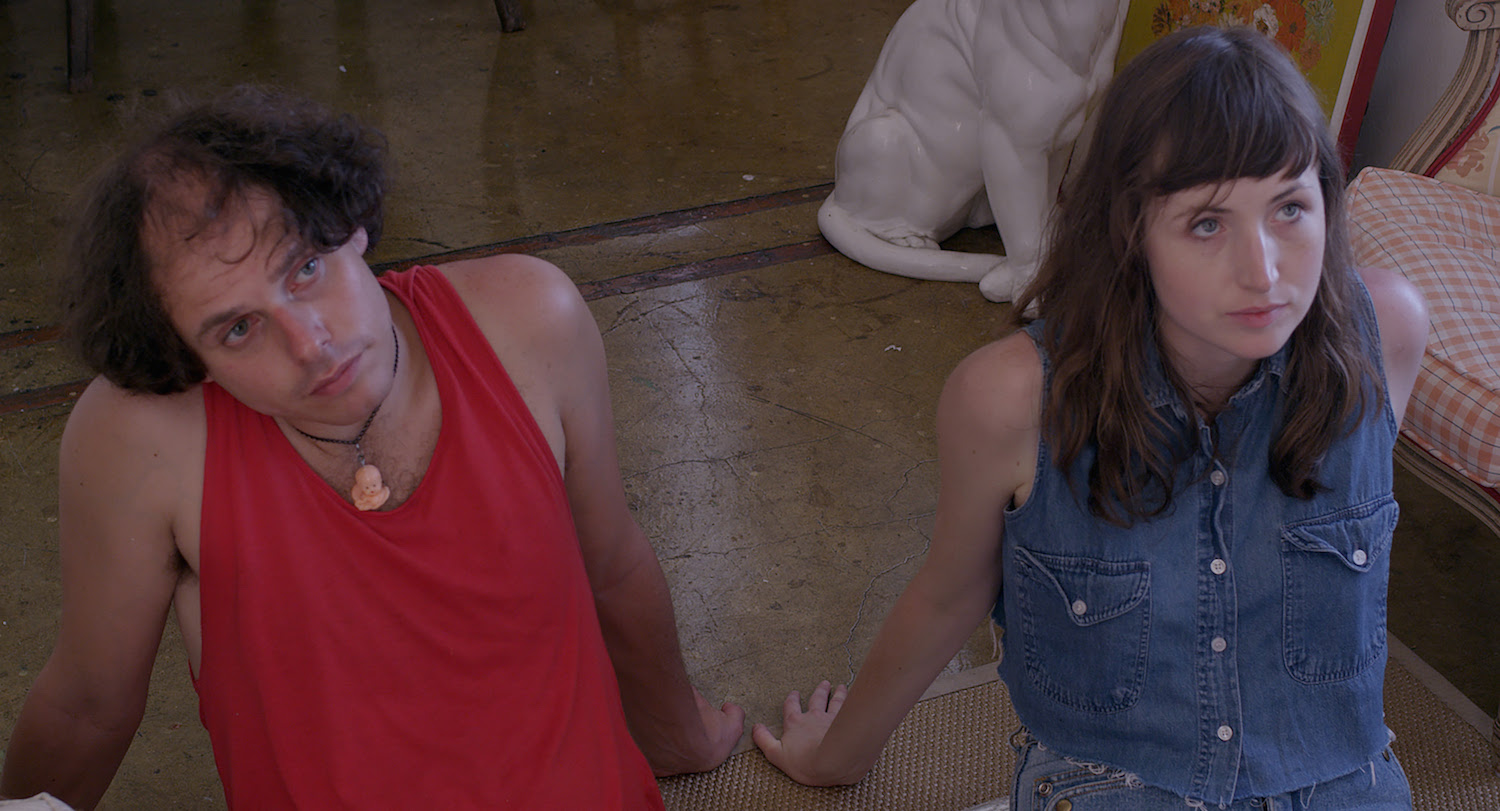 FilmBuff announced today that it will release A Wonderful Cloud, a feature-length improv comedy written, directed, and starring Eugene Kotlyarenko, with Kate Lyn Sheil (House of Cards, Queen of Earth) in the US. The film, which is inspired by the real life relationship between Kotlyarenko and Sheil, debuted at SXSW, and will open in select theaters nationwide and will be available on all major On Demand platforms starting Friday, October 23rd, 2015.

When Katelyn travels to Los Angeles in hopes of wresting control of a clothing company from her ex, Eugene, she quickly realizes he has more than just business in mind. Unable to deny their emotional past, the pair spend the weekend trying to determine once and for all whether they have a future in store. Set in an LA full of eccentrics, this raw romantic comedy finds a former off-screen couple energetically playing out their real-world baggage in front of the camera, for laughs and tears.

“I’m super pumped to be getting A Wonderful Cloud out there through FilmBuff,” says Kotlyarenko. “This movie is extremely personal for me and has turned out to be a lot of fun for audiences so far. I’m really curious to see how people will react to something this confessional, that’s still aiming to entertain.”

A Wonderful Cloud is Eugene Kotlyarenko’s second feature film, with critics admiring his style, and his onscreen rapport with Sheil. Variety praised the film, commenting: “Those seeking a raucous, wholly improvised 21st-century Annie Hall need look no farther…” while Indiewire commented: “Fueled by the creative liberation of improvisation and steered by a real-life shared history,” A Wonderful Cloud is “a good kind of weird.”

“We see a lot of movies every year and it’s rare to find one that feels so funny, intimate and daring,” says FilmBuff’s Jake Hanly. “We knew A Wonderful Cloud was special right away and our team is excited to see audiences connect with it.”

A Wonderful Cloud will be available on all major On Demand platforms, including Amazon Instant Video, Comcast’s Xfinity TV, Google Play, iTunes, Time Warner Cable, Verizon FiOS, Vudu, and Xbox, beginning on Friday, October 23rd, 2015, and will open in Los Angeles at the Laemmle’s Playhouse 7.