OLD?! Documentary on the Journey of Aging to Screen at Benefit for Ashland Independent Film Festival 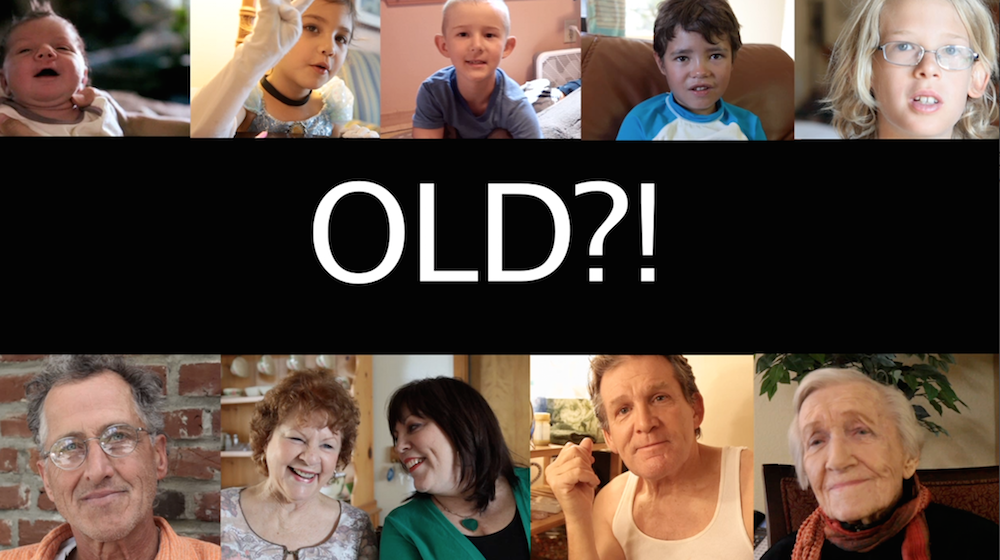 Film Director Kathy Roselli will hold a benefit screening of OLD?!, a 55 minute documentary that explores the process of aging through personal, humorous, inspiring, and deeply touching stories from area residents in all stages of their lives. Seeking to pull audiences into a conversation about the process of aging, OLD?! encourages viewers to explore and experience their own journeys of growing old.

Roselli, an Ashland, Oregon resident, drew on personal testimonials and insights from more than 70 Ashland area residents ages 10 days to 101 years, to make her film. The documentary has been featured at the Portland Film Festival; the SAFilm Fest (San Antonio, TX) ; the Real to Reel Film Festival (Kings Mountain, N.C), where it was recognized as Best Of Fest; and at IndieFEST (La Jolla, CA.) where it received an Award of Merit, Special Mention, Documentary Feature.

Roselli, who discovered her passion for filmmaking later in life, began her journey as a director with the short documentary, Portrait of Isabelle, about a young girl suffering from Rhett Syndrome. Roselli met her subject while working as a pediatric physical therapist. Since her first film, Roselli has produced two other short documentaries, Free Voice ~ Free Spirit and Breath In Three Verses (AIFF13), which have also done well at film festivals. OLD?!, is Roselli’s first feature length documentary. She drew inspiration from her own desire to hear about aging from real people rather than experts. “Aging is something we all do,” she said. “Making this film helped me embrace the third stage of my life.”

Roselli brings her film to the Varsity Theatre as a way to share the work with the many locals she interviewed, and also to support the non-profit Ashland Independent Film Festival. There will be a question and answer session with the director following the screening.

“It’s the perfect documentary to draw in the community and see local people on screen sharing their
stories,” said Cathy Dombi, Executive Director of the Ashland Independent Film Festival. “We are very
appreciative that Kathy is supporting the creative work of independent film makers through her own creative explorations.”

The benefit showing of OLD?! will begin at 7:00 p.m. on Monday, Oct. 19th. Tickets are available at the Varsity Theatre Box Office, 166 N. Main St., Ashland, at the time of the event for $8. There will be no advance ticket sales.