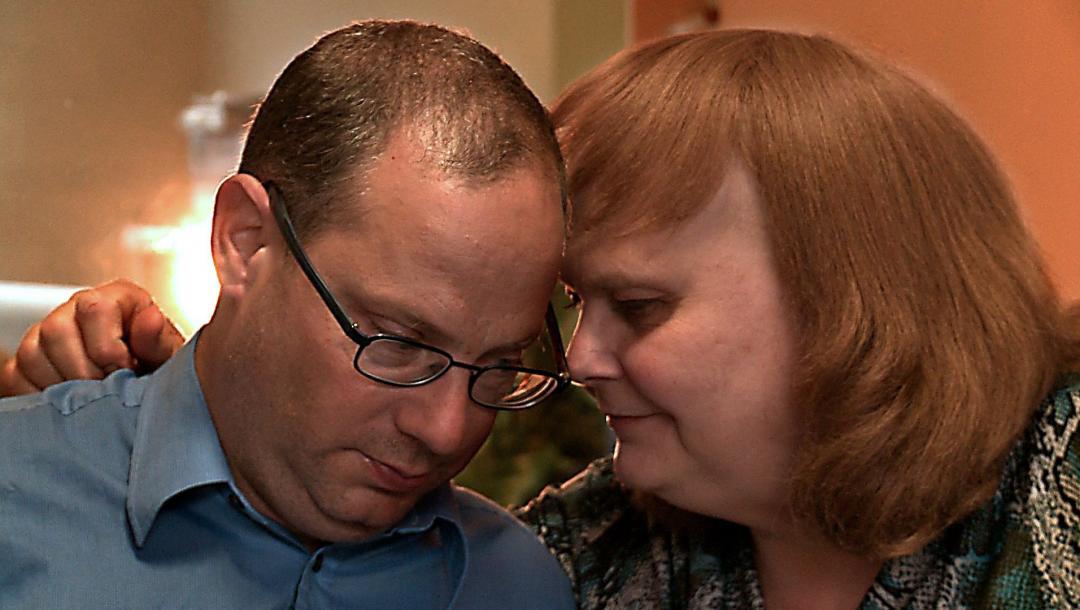 Alon Kol’s feature documentary TRANSFIXED will be presented within the FOCUS section at the Festival du nouveau cinema in Montreal, Canada, on October 14th and Octber 17th. In the film Martine Stonehouse and John Gelmon are middle-aged underdogs, living with Asperger Syndrome. Despite their social limitations, both dream of getting married, but straight-identifying John refuses to tie the knot until transsexual Martine gets a real vagina. Will Martine and John find together the happiness that they deserve? Transfixed will be released in Canada in early 2016.

Throughout his life, Martine Stonehouse fought for his rights as transgender. His spouse John Gelmone, Asperger’s syndrome and Tourette’s unconditional support. But the two can not consummate their love Martine must undergo the final sex change operation. Although the director Alon Kol had enough material to trace the route of the activist awarded the Pride Award of Toronto in 2012, he chose instead to present the difficult Martine path toward its complete transformation into a woman. A difficult road since even if it is surrounded by friends that show him gratitude and affection, his weight problem, highlighted by several experts, represents a dangerous obstacle to his surgery and his health. Without compromise or complacency documentary Kol enters the intimacy of this woman and reveals a fragile but an unrivaled determination. Forget the prestige Caitlin Jenner; the portrait offers the filmmaker is that of a woman whose daily lives are much more modest and the economic situation certainly more precarious, but the narrative is no less upsetting. While the transgender community is recognized as never before, Martine Stonehouse itself as a heroine to be welcomed.

Ole Giæver Writes, Directs, and Stars in Norwegian Film OUT OF NATURE | TRAILER