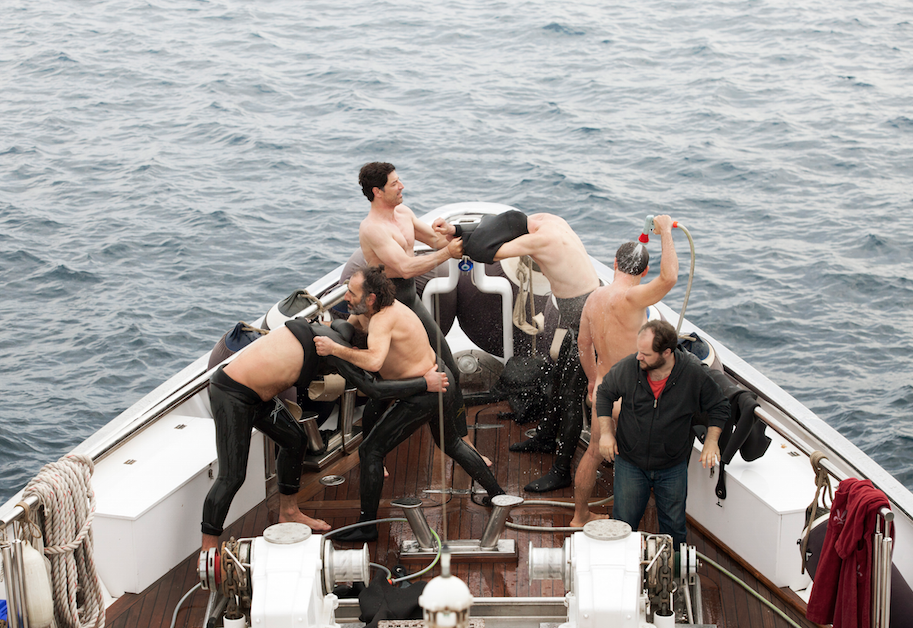 Chevalier directed by Athina Rachel Tsangari is the winner of the Best Film Award at the 2015 London Film Festival. In the film, six men set out on the Aegean Sea aboard a yacht, and before long, male bonding and one-upmanship give way to a loosely defined yet hotly contested competition to determine which of them is “the best in general.”

Pawel Pawlikowski, whose Ida won the LFF Best Film prize in 2013, and is the president of the Official Competition jury at this year’s festival said, “Chevalier is a study of male antagonism seen through the eyes of a brave and original filmmaker. With great formal rigour and irresistible wit, Athina Rachel Tsangari has managed to make a film that is both a hilarious comedy and a deeply disturbing statement on the condition of western humanity”.

The Grierson Award for the best documentary went to Jennifer Peedom’s “gripping and urgent documentary: Sherpa, which indelibly captures tragedy and mayhem on Mount Everest.”

The Sutherland Award presented to the director of the most original and imaginative first feature in the Festival, went to Robert Eggers’ The Witch about a 17th century New England family torn apart by tension and the suspicion of witchcraft.

The inaugural Best Short Film Award went to An Old Dog’s Diary, a lyrical film portrait of Francis Newton Souza, one of the key Indian artists of the 20th-century, inspired by his personal writings, letters, drawings and possessions.