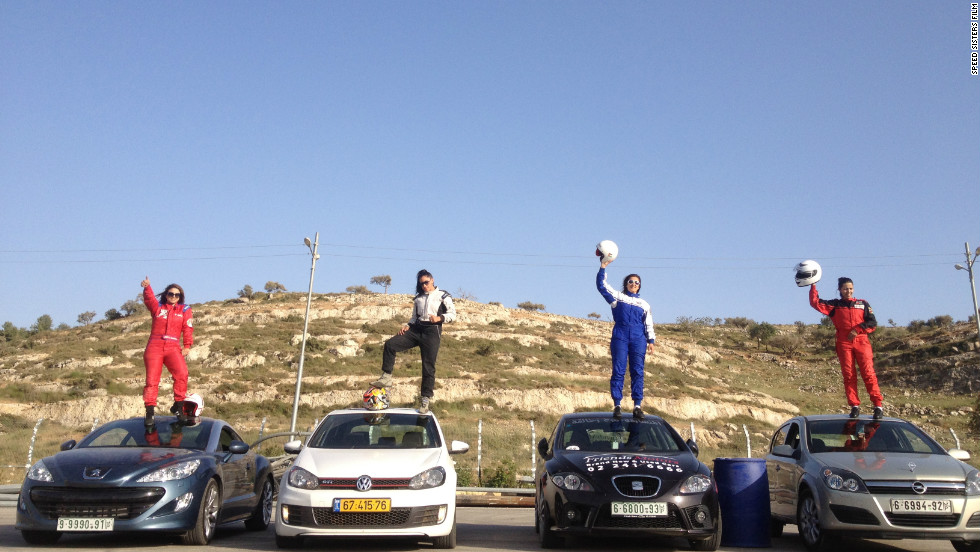 SPEED SISTERS, a new feature documentary following the Middle East’s first all-female car racing team, will have its US premiere at DOC NYC 2015.  SPEED SISTERS provides a rare, unfiltered look into the daily lives of a group of extraordinary Palestinian women. The film follows Marah, Mona, Betty, Noor and their manager Maysoon – fearless women who overcome community expectations and politics as they compete for both the title of “Fastest Woman Driver” and the right to race against men.

Strap on your helmet and buckle up! This high-octane film stars the Middle East’s first all-women race car team. Marah, Mona, Betty, Noor and their manager Maysoon—each bold, fearless and charismatic in their own unique way—are part of an emerging speed racing scene that has seen contests between cities on the West Bank and drawn thousands of avid spectators, despite the constant danger from the Israeli occupation. The women compete against each other for both the title of “Fastest Woman Driver” and the right to race against the men. Overcoming social expectations, community politics and family dynamics—not to mention movement restrictions and checkpoints from the Israeli military—these women shatter stereotypes about Arab women and offer a source of inspiration for girls and women around the world.