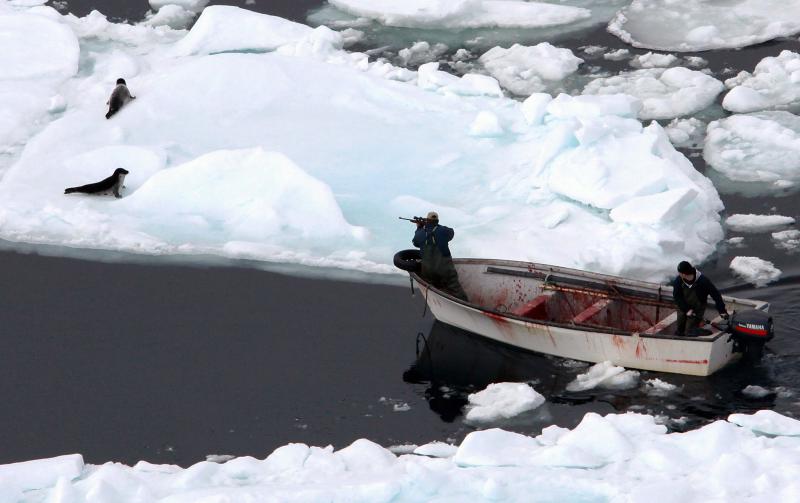 Actor Ryan Reynolds has lent his voice to the wildlife documentary Huntwatch, that follows the 50 year battle for baby seals on the ice floes of Canada, and making its world premiere at 2015 DOC NYC.

The sound of newborn seals on pristine white ice is shattered by helicopter blades thumping overhead, gunshots, cameras snapping and the smell of boat diesel. The stakes are high for both the hunters and the watchers – get the shot and get out. One leaves with fur pelts, the other evocative images. This is Huntwatch.

“The Canadian seal hunt is a very intense and complicated issue,” said Huntwatch director Brant Backlund. “From the get-go, my goal was to tell an honest story bringing both sides of this conflict to life. We were really excited to have Ryan Reynolds on board because as a Canadian he brings an authentic voice to the film.”

Ryan Reynolds (Deadpool, Mississippi Grind) calls Huntwatch “incredible, thoughtful and moving” in a behind the scenes video scheduled to be released soon.

The movie is a window into the ongoing saga that unfolds each year. Using the power of cinematography, Huntwatch exposes the cruelty of the ongoing hunt while bringing the audience close to the seals in their natural environment.