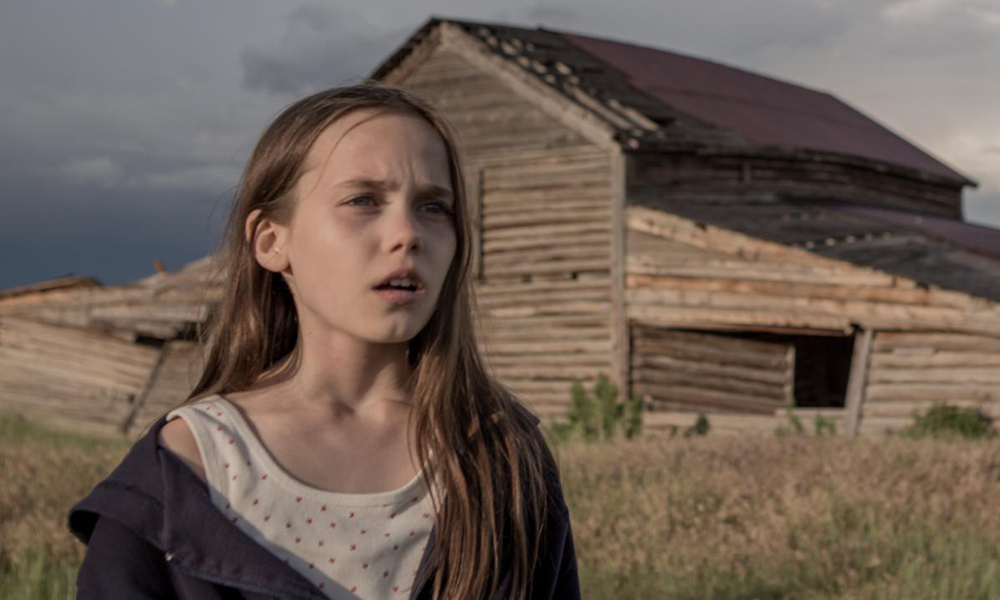 The LAMB directed by Ross Partridge which premiered earlier this year at 2015 SXSW South By Southwest Film Festival will be released via The Orchard theatrically in NYC and LA on January 8th, 2016, with a rollout to follow; and on VOD January 12th, 2016.

Based on the novel by Bonnie Nadzam, LAMB traces the self-discovery of David Lamb (Ross Partridge) in the weeks following the disintegration of his marriage and the death of his father. Hoping to regain some faith in his own goodness, he turns his attention to Tommie (Oona Laurence), an awkward and unpopular eleven-year-old girl. Lamb is convinced that he can help her avoid a destiny of apathy and emptiness, and takes Tommie for a road trip from Chicago to the Rockies, planning to initiate her into the beauty of the mountain wilderness. The journey shakes them in ways neither expects. The film premiered at SXSW 2015.

Ross Partridge wrote, directed, and starred in the film LAMB, which premiered at SXSW in March.  Variety highlighted LAMB as one of the Breakout Movies of the Festival and it won the Independent Visions Best Film Award at the Sarasota Film Festival, Best Film at Hell’s Half Mile, and the Ultra Indie Best Film Award at Woodstock Film Festival.   He has been seen in THE OFF HOURS, THE FREEBIE, and BAGHEAD (all Sundance premieres), as well as TV shows such as HOW TO MAKE IT IN AMERICA, THE MENTALIST, and BATTLECREEK. He is also in the award-winning film THE MIDNIGHT SWIM. He recently directed the digital series WEDLOCK which stars Mark Duplass, Rob Corddry, and Jennifer Lafleur. Ross can next be seen in  Billy Ray’s SECRET IN THEIR EYES, playing Nicole Kidman’s husband, THE WHITE KING with Agyness Deyn and Fiona Shaw, and the new Netflix series STRANGER THINGS opposite Winona Ryder.